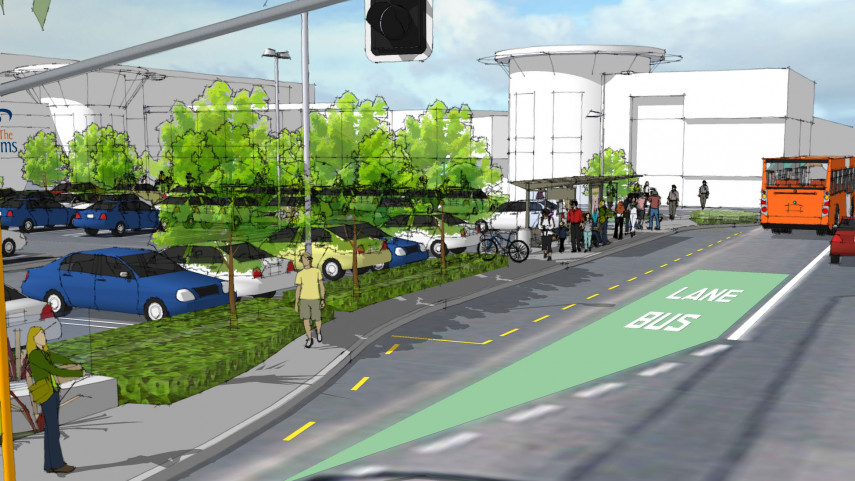 A better bus shelter and improved waiting areas are on their way for users of The Palms bus hub in Shirley.

The New Brighton Road bus stop will be moved towards the Marshlands Road intersection to create a more attractive space for the 250 bus passengers that use the bus stop each day.

Christchurch City Council’s Acting Head of Transport Lynette Ellis says the Council is making it safer, easier and more attractive to catch the bus at The Palms by moving the bus stop, building a better bus shelter and creating a new waiting area.

“The existing bus stop is on the south side of The Palms where it’s exposed to the weather and has poor visibility from the mall entrances.

“The new bus stop and shelter is located by the car park and has better connectivity to The Palms and other connecting bus services.”The work will start next week and is expected to be finished in December.

“There will be a short detour for pedestrians while we do the work but the disruption will be minimal. Bus users will continue to use the existing bus stop while we work on the new one.”