Additional boulders have been placed near the Coastal Pathway at Shag Rock recently to help protect white-flippered penguins during their nesting season.

When the Coastal Pathway was built nesting boxes were included in the rock embankment by Shag Rock as it as an area where white-flippered penguins are known to nest and breed between August and February each year.

Over the last breeding season, there was evidence of five pairs of penguins breeding in the area.

“We want to make sure these penguins have a secure nesting spot that is undisturbed by people or dogs. On the advice of our coastal rangers we recently placed additional boulders to give them some more protection,’’ says Christchurch City Council Transport Planning and Delivery Manager Lynette Ellis.

“The white-flippered penguin is endemic to Canterbury and is classified by the Department of Conservation as acutely threatened, so it is important that we do all we can to protect the nesting areas.

“It’s amazing to have these birds breeding in a spot so close to an urban area and we want people to have a sense of guardianship. The last thing we want is people or their animals inadvertently disturbing the nesting penguins.''

Ms Ellis says people can still access the beach at Shag Rock from the Coastal Pathway but they should use the access stairs, which are located a bit further along the path towards Sumner.

The new boulders have already drawn one unexpected visitor – a seal who discovered it was a great spot for basking in the sunshine. The photo above was taken by Lyttelton resident Claire Buttigieg. 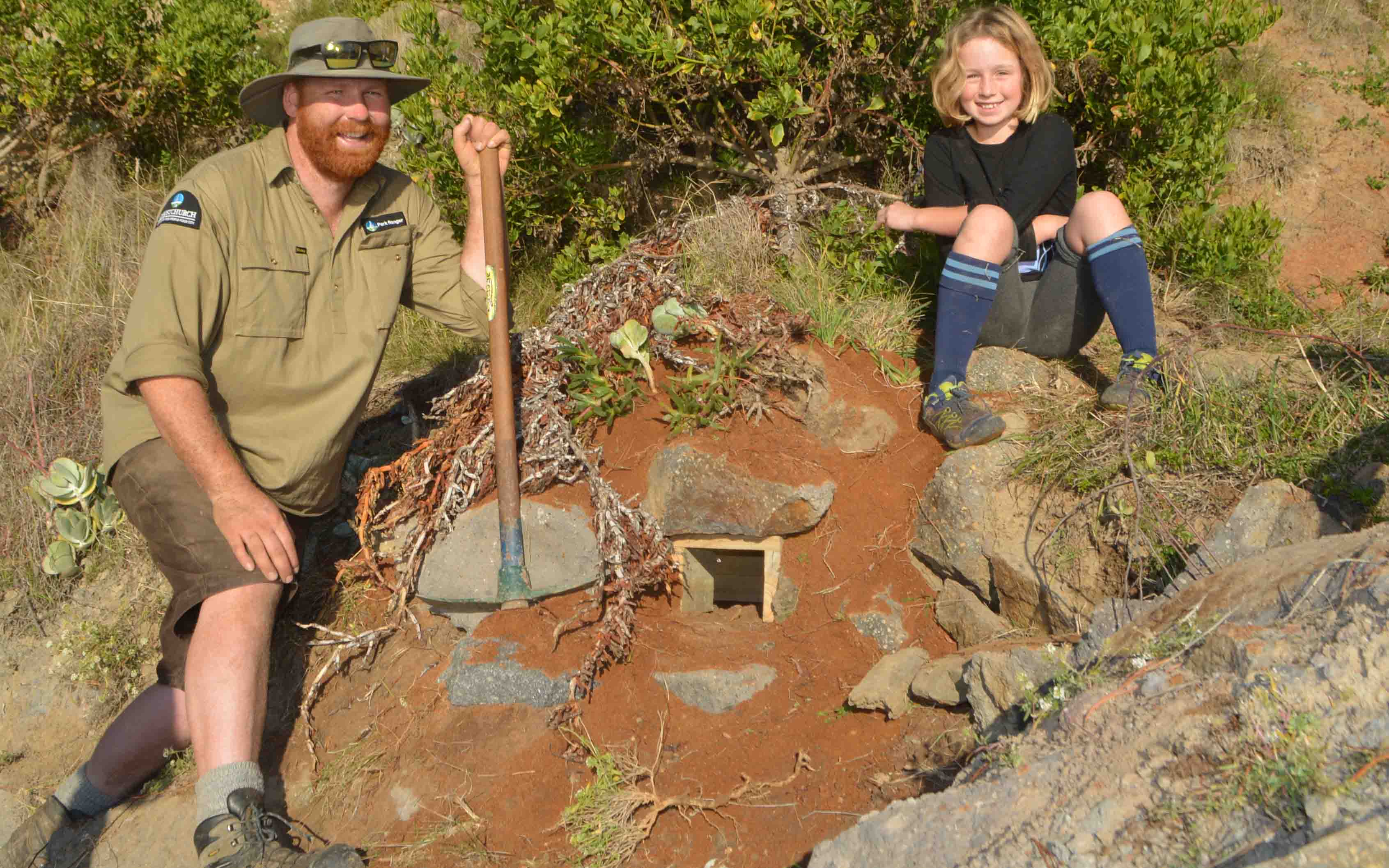