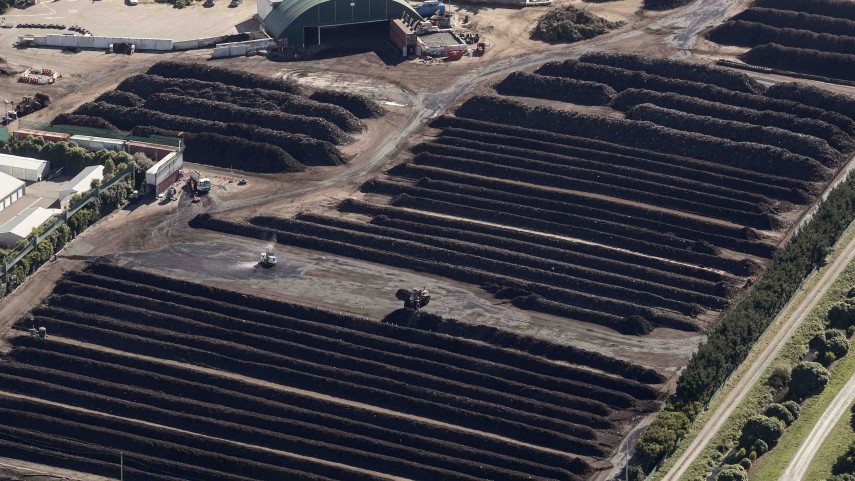 Options for redeveloping the organics processing plant at Bromley will be considered by elected members next week as efforts to reduce the odour from the plant continue.

The Bromley plant, which is owned by Christchurch City Council and operated by Living Earth, is where organic waste, including the contents from the kerbside green bins, is processed and turned into compost.

Since it was identified earlier this year as contributing to the odour problems in Bromley, the Council has been working with Living Earth to make operational changes at the plant to mitigate the odour.

However, despite the changes some Bromley residents are still reporting odour problems so the Council is now considering options for redeveloping the plant.

The plant currently processes waste through 18 aerated composting tunnels and then transfers the material outside to mature, over several weeks, in windrows.

Council staff are recommending upgrading the tunnels to increase aeration and improve the odour control. The proposed upgrades would maximise use of the tunnels to run the organic waste into compost and minimise the time needed to fully mature the product outside.

“Currently 30,000 square metres of the outside area is used for maturing compost. The tunnel upgrades would improve the maturity and stability of the compost and reduce the outside maturation area required to about 2000 square metres – more than a 90 per cent reduction.

“We are confident this will reduce the odour to a level where it is not offensive or objectionable beyond the site boundary,’’ staff say in a report prepared for the Council’s Three Waters Infrastructure and Environment Committee meeting on 25 November.

It will cost about $17.5 million to do the upgrade work, taking a staged approach over the next two to three years.

Staff are recommending that Council assess the odour reduction following the upgrade of the tunnels. If needed, it could then look at:

The Council’s Three Waters Infrastructure and Environment Committee decided to adjourn discussions on the report to allow for a community meeting to take place where Council staff will be able to explain the various site upgrade options to residents. The report will now be considered by the Council on Wednesday 9 December.