By-election nomination deadline only a week away 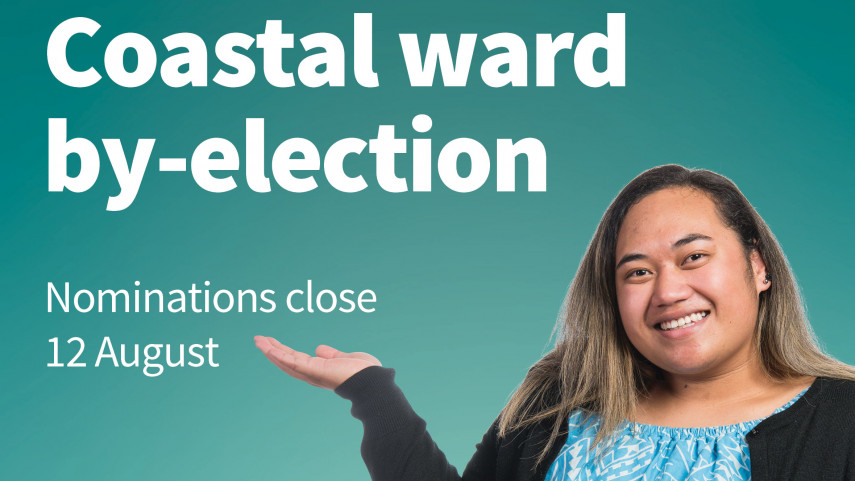 There's one week left to get your nominations in for the by-election to find a new councillor to represent the Coastal ward.

Electoral Officer Jo Daly is encouraging anyone thinking about standing to get their nomination in as soon as possible, well ahead of the noon deadline on Thursday 12 August.

“Don’t leave your nomination to the last minute – if it turns out there’s missing information, you may not have time to go back and complete it properly, which could mean an invalid nomination,” Ms Daly says.

The nomination tally stands at two:

A list of confirmed nominations is at ccc.govt.nz/elections and is updated daily. There were three candidates for Coastal ward Councillor in the 2019 elections.

“If you’ve thought about representing your Coastal community, look into what it involves and please get in touch with me for information and advice on the nomination process,” Ms Daly says.

The newly-elected Coastal councillor will join the 15 other Councillors who represent Christchurch communities, make decisions that affect the everyday lives of people across the whole city, and keep an overview of the services the Council is providing. They’ll also be appointed to the Coastal-Burwood Community Board to make decisions on local issues.

“If you’re elected, you’ll be making decisions that impact on the future of the Coastal community – and the wider city – for years to come,” Ms Daly says.

“You can take action and make things happen, whether it’s by standing as a candidate or simply voting for who you think will represent your interests.”

The by-election is being held by postal vote, with voting papers being sent out from Thursday 16 September. Election day is Friday 8 October.

To stand, enrol or simply find out more, visit ccc.govt.nz/elections, or contact the Electoral Officer at jo.daly@ccc.govt.nz or 03 941-8581.