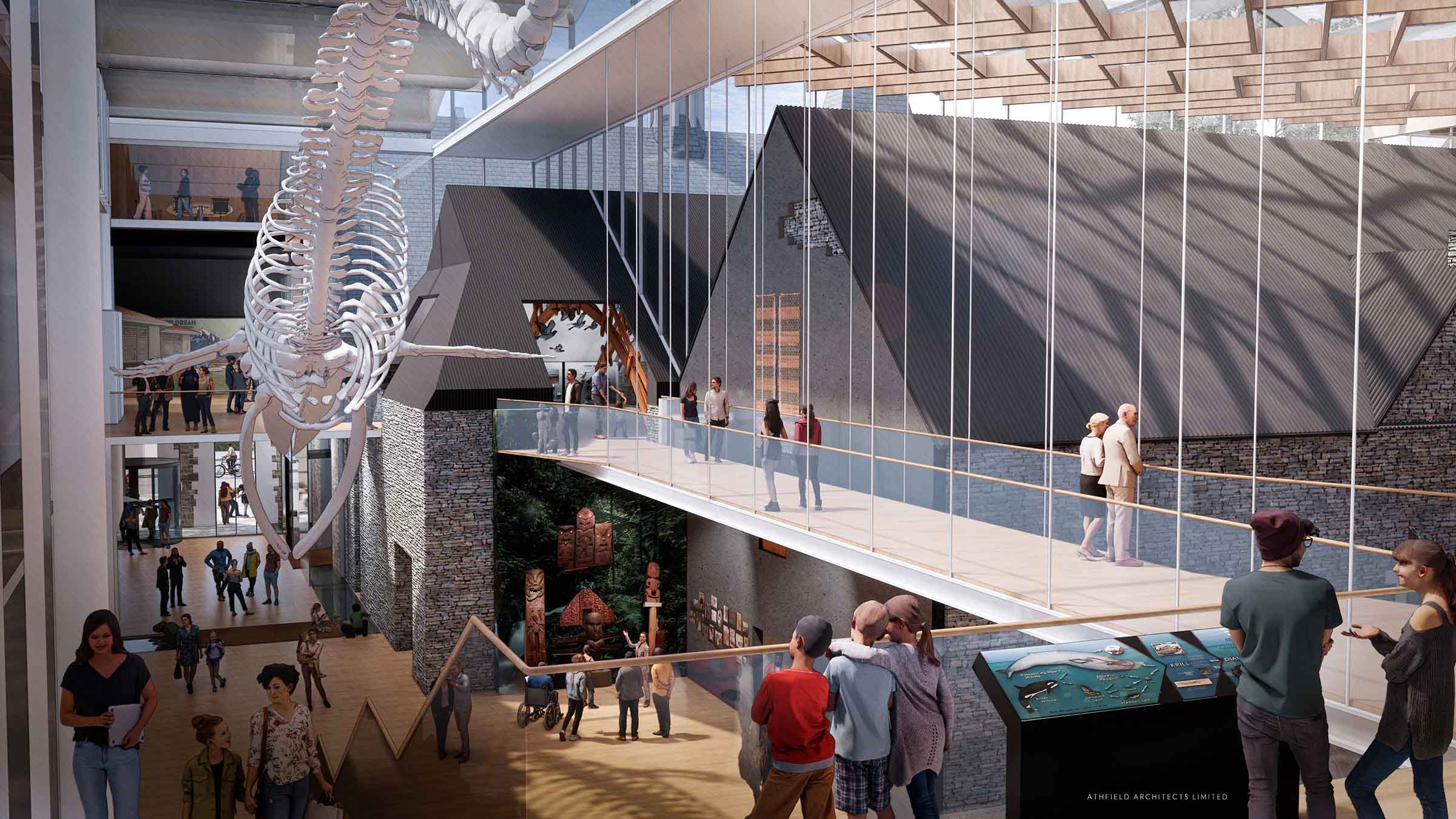 People have until early April to make submissions on redevelopment plans for Canterbury Museum.

Have Your Say on the Canterbury Museum redevelopment.

The Museum’s redevelopment plans - estimated to cost $195 million - were developed over a four-month consultation with key stakeholders and the general public last year.

Canterbury Museum Director Anthony Wright says the plans received positive feedback during the consultation process and he hopes that sentiment is reflected in the submissions.

“We’ve engaged directly with Cantabrians across the region and the majority of public feedback on our concept designs has been positive,” he says.

“We asked the Council to publicly notify the resource consent so that people would have another opportunity to comment on the proposals and, we hope, to voice their support.”

Canterbury Museum Trust Board Chair David Ayers says a redeveloped Museum is the missing piece of the rebuilt Christchurch’s arts and culture scene.

“The new Christchurch has a strong focus on the arts and culture with the rebuild of the iconic Town Hall and Isaac Theatre Royal, a designated performing arts precinct, a wonderful new library, large parts of the Arts Centre up and running, and the base-isolated and refurbished city art gallery. The Museum is a significant omission in that list.

“Yet is it is the place that locals cherish and where tourists visit to learn about the history of this place. With the current state of our buildings we struggle to properly care for the community’s taonga and have limited ability tell the stories that are important to Cantabrians.”

The proposed redevelopment is needed to address seismic, structural, capacity and operational issues that are threatening the future viability of the Museum.

Poor quality storage and a lack of temperature and humidity control is putting the Museum’s vast collection of more than 2.3 million items at risk.

Currently only 1 per cent of the Museum’s collection can be displayed at any one time and some of the collection has never been seen by the public.

The plans will ensure the Museum’s heritage buildings – some of Christchurch’s oldest and most significant – will be protected for the future.

Submissions on the resource consent can be made online, or by printing out and completing a submission form. The deadline for submissions is 5pm on Tuesday 6 April 2021.