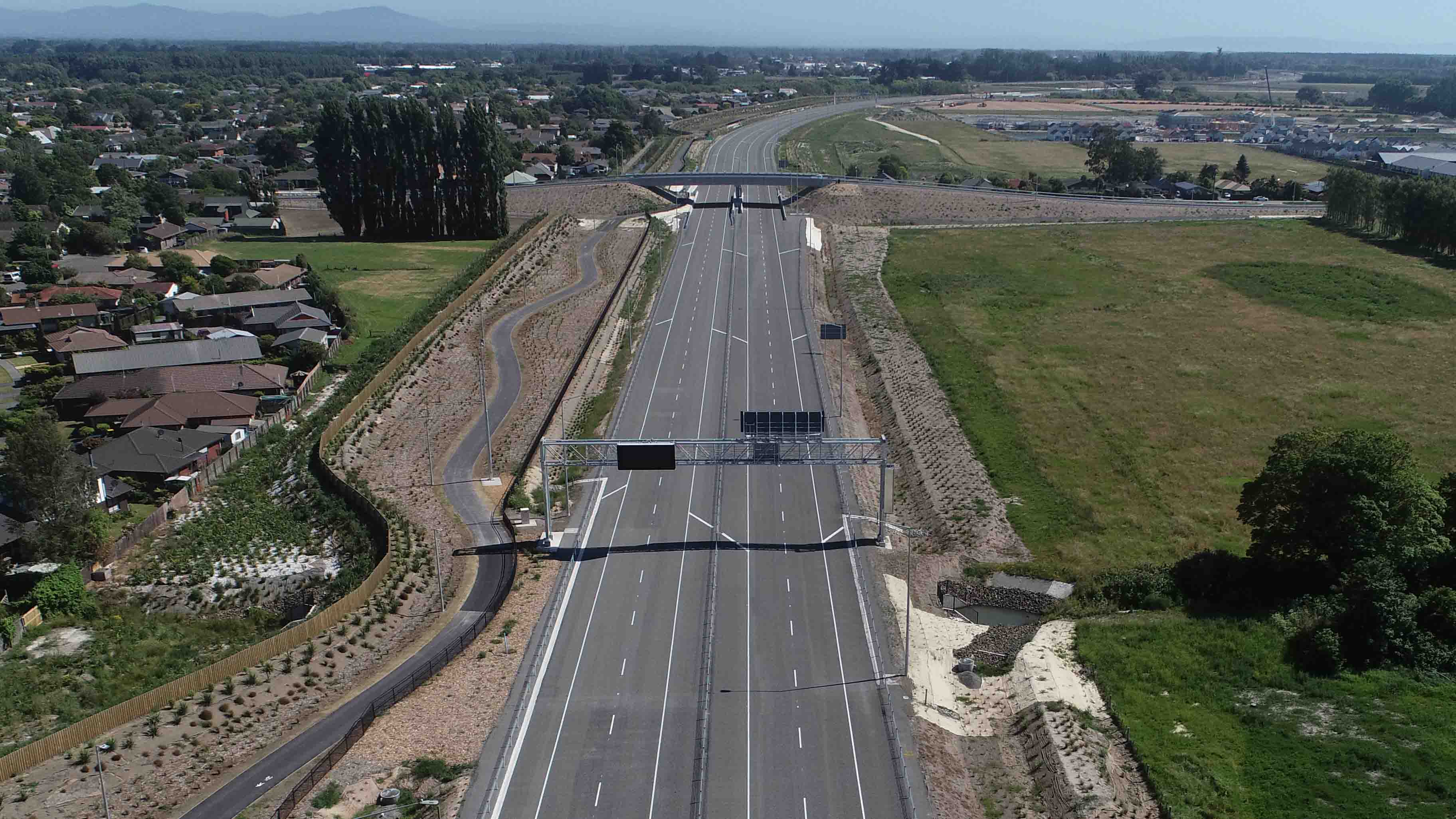 A close eye will be kept on traffic volumes in the St Albans, Edgeware and Mairehau areas following the opening of the $290 million Christchurch Northern Corridor (CNC).

It bypasses the residential suburbs of Belfast, Northwood and Redwood, which will help ease congestion on Main North Road.

After four years of construction, it will open to traffic about 1pm on Thursday 17 December. The shared path that runs alongside the motorway will also open.

He encourages drivers to take care in the early days as people get used to the route.

“People will be wanting to take in the new views, so please give the driver ahead plenty of space,'' Mr Harland says.

Christchurch City Council Transport Planning and Delivery Manager Lynette Ellis says a package of road works have been completed downstream from the CNC to keep vehicles on the main roads and improve safety for people walking and biking around the area.

“While the bulk of the road works are now complete, some changes will be trialled in the new year to help minimise rat-running through local streets. Traffic levels will also continue to be monitored so that any issues that arise can be addressed,’’ Ms Ellis says.

The two Travel2together (T2) lanes on the motorway, which are for drivers who have one or more passenger in their vehicle, will become operational on Monday 11 January.  That same day five Park and Ride facilities will open and the new direct bus services from Waimakariri to central Christchurch will start.

The 91 Rangiora-City direct and 92 Kaiapoi-City direct will pick up from the Park and Ride locations and drop-off at key hubs within central Christchurch, with no stopping along the way. The afternoon return service will be the same.

Each service will run Monday to Friday, with four trips in the morning to the central city, and five afternoon trips back to the Park & Rides. Timetables are now available at metro.co.nz. These bus services will be free for the first two weeks.