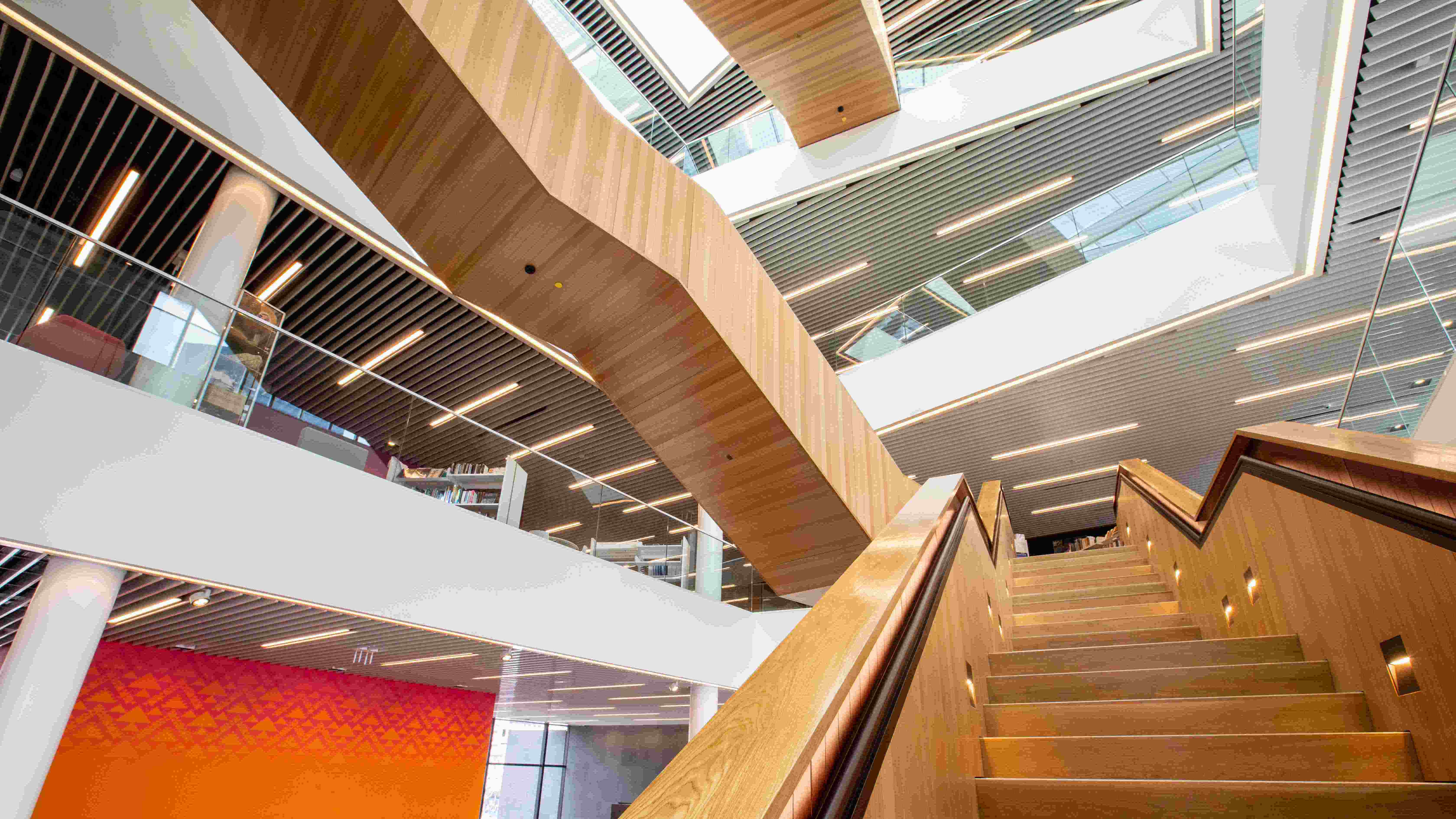 Christchurch’s Tūranga has taken pride of place at the New Zealand Architecture Awards.

Tūranga has received the highest Public Architecture accolade from the New Zealand Institute of Architects during a function in Queenstown.

Council Head of Libraries and Information Carolyn Robertson says the award recognises the power of innovation and collaboration in delivering a landmark community anchor project.

“Tūranga sits among the very finest buildings on a world stage, and the national award further enhances its reputation as a special space for the people of Christchurch,” Ms Robertson says.

“Multiple talents and resources have joined forces to bring Tūranga to life at the very heart of our city – drawing more than one million visitors in the past year. It is a source of inspiration, providing a powerful symbol of the rebuild and a wonderful place for all.”

In announcing the award, the judges have described Tūranga as a “building of distinction that admirably fulfils its function”.

It makes a “very important contribution to the shaping of the Square and the signifying of the public realm of the central city”.

The judges have also acknowledged the designers’ influential collaboration with the Matapopore Charitable Trust and Ngāi Tuāhuriri.

They have praised elements of the building that “bring in” visitors and the “well-crafted stairways that rise through a light-filled atrium in a manner suggestive of the passage of the mythical hero Tāwhaki to the heavens”.

The judges have singled out the library’s function as an “urban balcony” offering perspectives on – and connections to – the city, the rural hinterland and the Southern Alps.

Earlier this year, Tūranga was one of four finalists for the 2019 International Federation of Library Associations/Systematic Public Library of the Year Award.

It has won multiple national accolades, including the Supreme Award at the Property Council New Zealand’s Rider Levett Bucknall Property Industry Awards, and the Warren and Mahoney Civic and Arts Property Award; the Civic category award at the New Zealand Commercial Project Awards; and the New Zealand Society of Earthquake Engineering’s Seismic Resilience Award for Design to Achieve Low Damage.