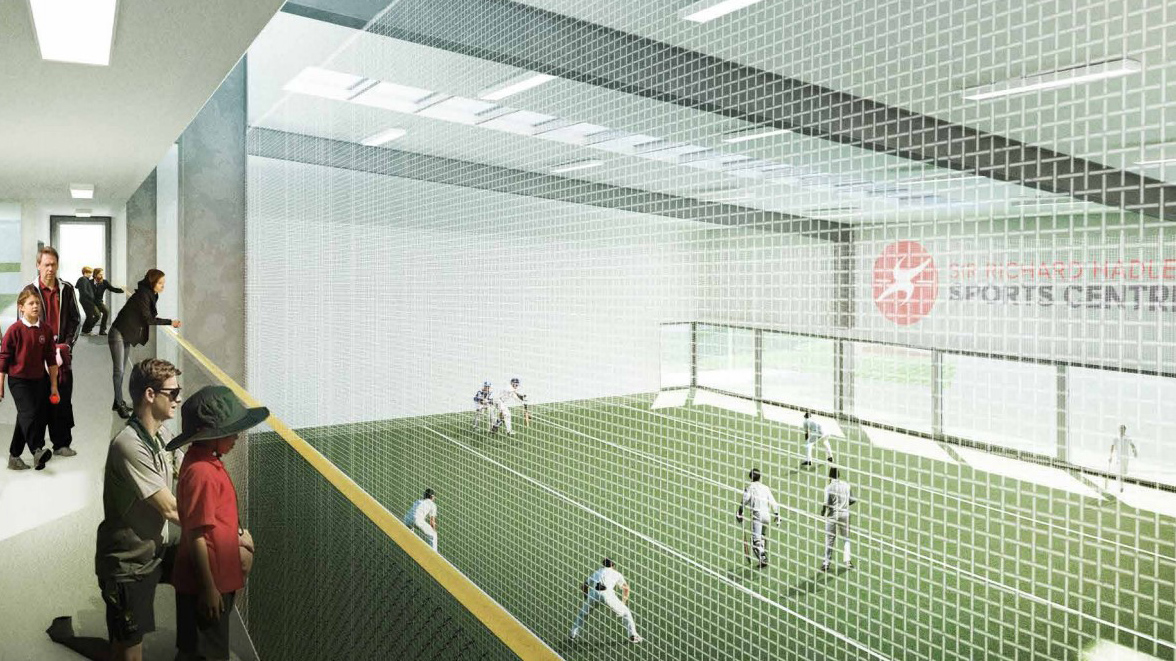 A new sports centre is going to be built in South Hagley Park.

The Christchurch City Council today has approved the Canterbury Cricket Trust’s plans to demolish the Hagley Sports Centre – formerly known as the Horticultural Hall – so that it can build a new sports centre.

Christchurch Mayor Lianne Dalziel says the new centre will be a modern sports facility for the future, supporting local cricket and community sport.

“It will ensure that we have the indoor training space for local cricketers and provide extra facilities for events such as the ICC Women’s Cricket World Cup next year,” the Mayor says.

The Canterbury Cricket Trust will be responsible for the new build. It has held the site lease since 2017 after acquiring the building – built in the 1960s – from the Canterbury Horticultural Society.

The trust plans to use the building for indoor cricket training and coaching. Other community sports will be able to use the centre when not required for cricket purposes.

The changing facilities will be available to support international sports events, including the ICC Women’s Cricket World Cup.

Under the lease, the Council can approve the demolition and replacement of the building in the leased area.

In North Hagley Park, the Council has also approved new changing rooms that will boost local amenities. The decision follows a Hearings Panel recommendation supporting a lease change to allow for the new building, noting the benefits to park users.

The changing rooms – including showers and toilets – will sit on a former bowling green, in an area overseen by the North Hagley Community, Sports and Recreation Trust Board. The facilities will be available to groups using the local playing fields or the site, with the trust responsible for building and maintenance.