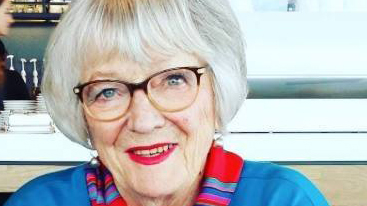 Christchurch City Council has paid tribute to former Councillor and Deputy Mayor, Lesley Keast, by observing a minute’s silence at the start of its meeting.

Mrs Keast, who received the Queen’s Service Medal for Public Service in 2000, passed away this week.

“We offer our sincere condolences to her family. It can be hard giving over a family member to public service, but Lesley’s is a record of which each and every one of you be proud,’’ Mayor Lianne Dalziel said before asking Councillors to rise an observe a minute’s silence in honour of Mrs Keast.

In 1992 she was elected to Christchurch City Council as the Councillor for the Riccarton-Wigram Board. She served as Deputy Mayor from 1998 to 2004, during which time she ran the Mayor’s Welfare Fund and advanced numerous community projects.

“Lesley retired from the Council in 2004.   At that time, the then Mayor acknowledged her as one of the most accomplished Deputy Mayors in the history of our city, and praised her “daunting record of positive achievement”,’’ Mayor Dalziel said.

“One of her greatest strengths, Mayor Moore said, was that if she thought you were heading down the wrong track she would tell you - firmly, and as often as it took.’’

Mayor Dalziel said after retiring from the Council, Mrs Keast remained active in the community.

“One of the projects she was most proud of was her leadership of the Riccarton Park Restoration Charitable Trust, which saw the saving and restoration of the Tea House at Riccarton Park.  This is a significant piece of our heritage, which found a true champion in Lesley.

“In June this year Lesley also welcomed the news that families would start to move into a new housing development in Hornby developed by the Christchurch Methodist Mission and Housing Plus in the street that had been named in her honour, Lesley Keast Place.

“This is a fitting acknowledgement to a former leader of our city who had the best interests of citizens who needed her assistance at heart,’’ Mayor Dalziel said.