Dome back on top of Thomas Edmonds Band Rotunda 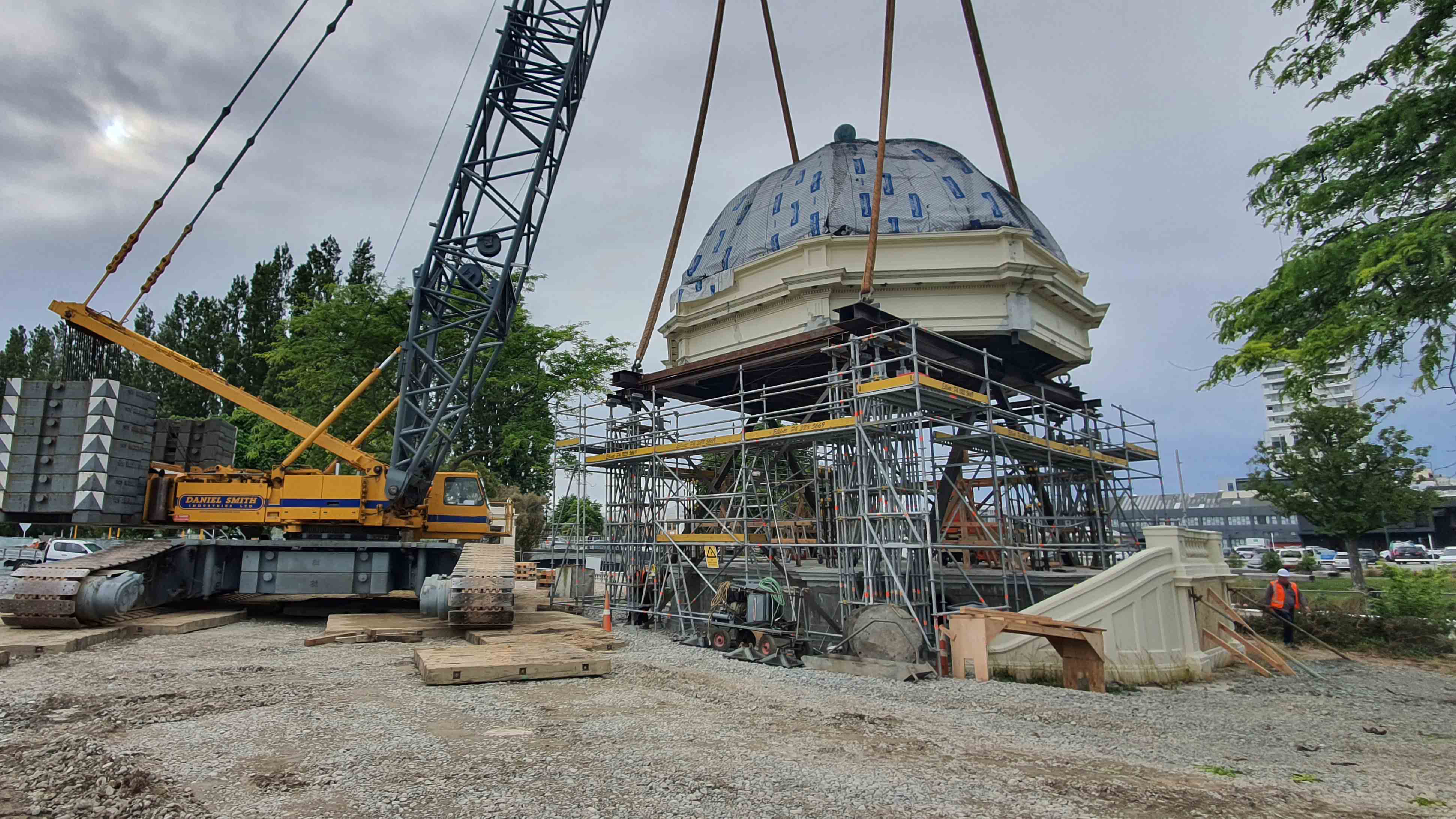 After years sitting on the ground, tightly under wraps, the distinct copper sheathed dome of the Thomas Edmonds Band Rotunda is back in its rightful place.

The dome, which weighs more than 80 tonne, was carefully craned back onto the rotunda at first light this morning, marking a significant milestone in the historic building’s restoration.

The rotunda, on the banks of the Avon, was built in 1929 as a gift to the city from businessman and philanthropist Thomas Edmonds, of Sure to Rise baking powder and cookbook fame, to mark his 50 years of business in the city.

It was badly damaged in the earthquakes and, for safety reasons, was deconstructed. The dome, which was in relatively good condition, was taken down for safe-keeping while plans were drawn up for the restoration of the rotunda.

“It’s great to see it back in its rightful place after such a long time. It’s a significant milestone in the restoration of the rotunda,’’ says Christchurch City Council Manager Capital Delivery Community Darren Moses.

Because of the weight of the dome, a crane had to be brought down from the North Island to lift it into place.

The dome is being supported by scaffolding until new columns are built to support its weight.

“We’re about half way through the restoration of the rotunda,’’ Mr Moses says.

The Christchurch Earthquake Appeal Trust has granted $1 million towards the rotunda’s $1.5 million restoration, which includes adding light-weight roll-up panel screens to enclose it and protect it from the weather.

The project is due for completion at the end of April 2021. The reinstated rotunda will reopen as a space that can be used for performances, wedding photos and as a sheltered place where people can sit and relax.