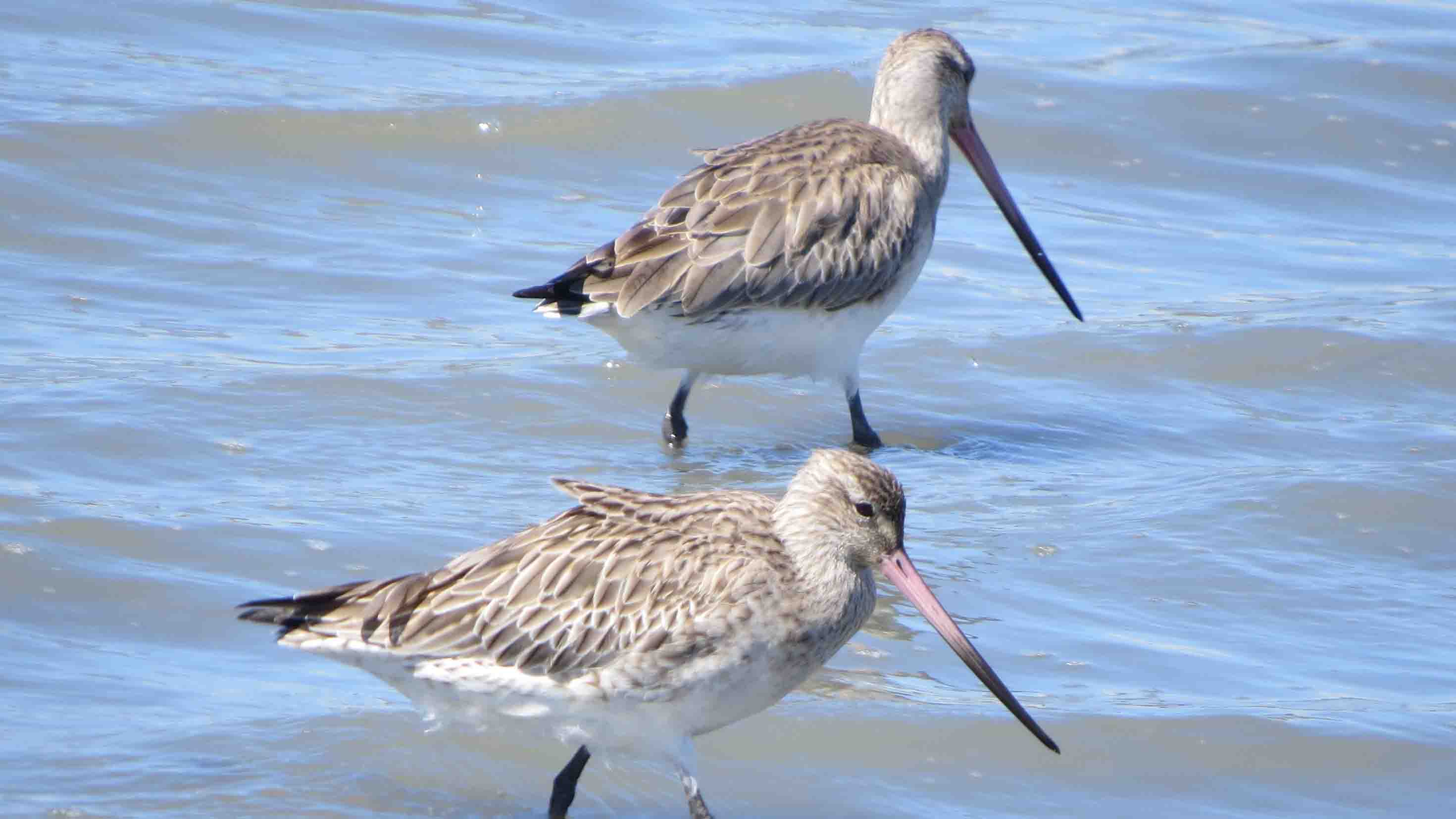 The bar-tailed godwits are back, with 38 new arrivals at Southshore Spit being recently seen.

The first of the migratory birds were spotted on Friday by Christchurch City Council ornithologist Andrew Crossland.

The godwits have returned to their Canterbury feeding spots after spending the northern hemisphere summer in breeding grounds 11,000 kilometres away in Alaska.

The early arrivals are expected to be joined by more than 1000 others over the next three to four weeks.

Mr Crossland says a major storm in Alaska earlier this month may have delayed their landfall in New Zealand by more than a week.

“Another 1400 or more are expected to arrive.

“There have been very few reports of new arrivals elsewhere in New Zealand – except for a handful at the Manawatu estuary on 8 September – but many of thousands incoming birds should reach the country in coming days.”

Mr Crossland says that the numbers this year may indicate how much impact habitat loss in coastal East Asia has had on the population.

The wading birds left Christchurch in March and flew non-stop to the Yellow Sea coasts of China and the Korean Peninsula, where they refuelled for three to four weeks before completing their migration, crossing the North Pacific to Alaska to breed on the open Arctic tundra.

The loss of coastal mudflat habitats in the Yellow Sea threatens crucial food supplies for godwits and other migratory waders. Without this food they cannot get back to their breeding grounds, another 6500km distant, and complete their migration to the Arctic tundra breeding grounds.

They have now made the return journey south in an impressive long-distance flying feat.

The godwits usually arrive on Christchurch’s estuary in mid-September, although the date varies by a few days each year.

The new arrivals can be distinguished from those that have spent the winter in Christchurch by remnant red feathering in their tattered plumage, thin bodies, droopy wings and frantic feeding behaviour.