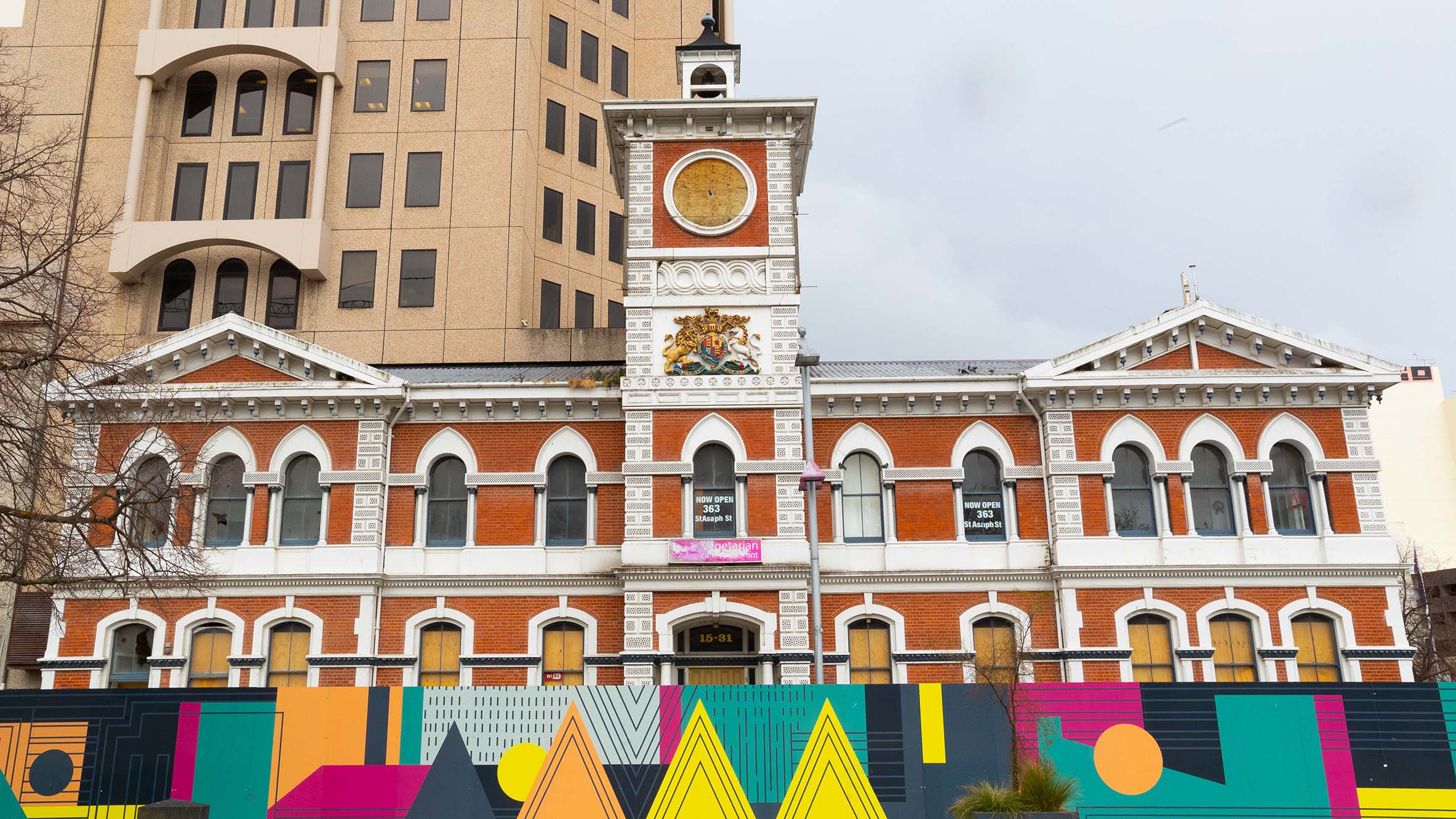 Extra time has been granted to the owners of two prominent heritage buildings in the central city so work on their restoration can continue.

At its meeting this week, Christchurch City Council approved 18 month extensions relating to the earthquake-damaged former Chief Post Office building in Cathedral Square and the Sargood Son and Ewen building at 92 Lichfield St.

The Council decisions will give the owners of these significant buildings until 22 October, 2021 to claim grants made under the Central City Landmark Heritage Grant scheme towards repair and restoration work.

Council Head of Urban Regeneration Design and Heritage Carolyn Ingles welcomed the decision. “Supporting these projects will help generate employment and activity in our city at a critical time.

“Both buildings are well-known and contribute to the heritage fabric of the central city, particularly the former Chief Post Office which is a familiar and important part of Cathedral Square for many residents. People may remember the bell used to ring at the top of the clock tower up until the earthquakes.”

Work on the former Chief Post Office building is underway but the discovery of hidden asbestos and the amount of preparation required meant initial timeframes were not able to be met. The issues have now been resolved and the repair of the prominent building is set to continue.

Restoration of the Sargood Son and Ewen building was held up by the need to purchase an adjacent property so the historic west façade, which originally faced on to a private laneway, could be accessed. The sale has gone through and the project can now go ahead.

The Chief Post Office building was designed by W.H Clayton and completed in 1879. It was in use as a post office until the 1990s when it was split into three separate entities. The building was sold at that time and is now in private ownership.

A seismic upgrade carried out in the early 1990s meant it suffered only minor damage in the 2010 and 2011 earthquakes.

The red brick Sargood Son and Ewen building was built in 1893 for a Melbourne-based company of warehousemen and importers. The main façade along Lichfield St, currently hidden behind a large wall of shipping containers, was designed in a grand late Victorian classical style.

Seismic upgrade work completed in 2004-2005, including a concrete sheer wall installed behind the main façade, meant the building suffered only minor damage in the earthquakes.