Early works under way on The Court Theatre site 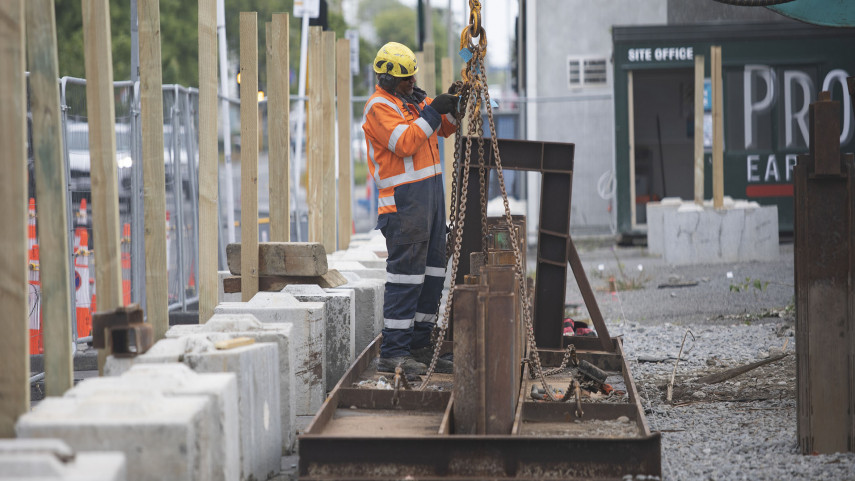 Visitors to the central city may notice the first signs of construction at The Court Theatre’s new site, in the heart of Christchurch’s Performing Arts Precinct.

Early works have started on the prime corner site, at the intersection of Colombo and Gloucester streets, in preparation for construction starting on the building itself later in 2022.

“We’ve engaged Protranz to complete this early works package now, while the groundwater table is at its lowest, which will make the in-ground foundational work a lot easier,” says Brent Smith, Christchurch City Council’s Principal Advisor Citizens and Community. 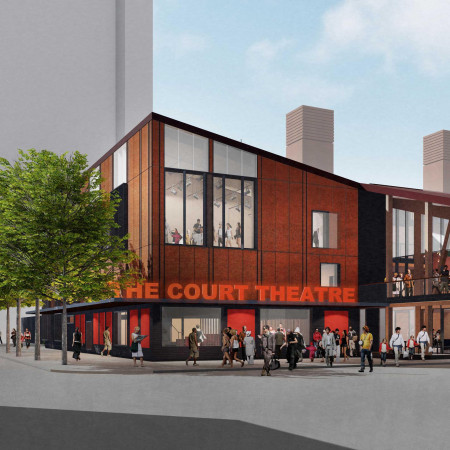 An artist's impression of The Court Theatre's new building.

“First, they will be sheet piling down to six metres and setting up the facilities, followed by excavating and decontaminating the site, and finally creating the gravel raft that The Court Theatre will rest on.”

The early works should be finished by mid March 2022.

“Protranz handled the earthworks for us at Tūranga, so they’re experienced in keeping the disruption caused by this type of work to a minimum. The most disruptive part, the sheet piling, should be finished by mid December.”

The new three-storey Court Theatre will include a 360-seat main playhouse auditorium; a 130-seat studio theatre, where children’s and family shows can be held; and front-of-house facilities.

All aspects of a working theatre, including set-building, costume-making and rehearsals, will be based on site, with plans to make these usually back-stage activities more visible to the public.

The building design will be environmentally-friendly, with the use of natural materials, ventilation and light.

“The Court Theatre is thrilled that our new home is progressing well. We are enjoying our partnership with Council and the exceptional project team. We can’t wait to be resident in the city centre again and welcoming the community in,” says Barbara George, Chief Executive of The Court Theatre.

Meanwhile, Athfield Architects, Haworth Tompkins, landscape architects Canopy and Gap Filler are working on the design for public space in the Performing Arts Precinct, in partnership with Matapopore. The Council is also currently seeking feedback on a proposal to sell an empty piece of land earmarked for a carpark building in the Precinct. Have your say by 13 December.

The Council is committing $30 million towards the development of the Performing Arts Precinct, which includes the construction of The Court Theatre, the public space and landscaping. This funding was set aside in the Council’s Long Term Plan 2018-2028.

The Court is also fundraising $10 million as its contribution towards the project and the Crown has provided the land and some funding under the terms of the global settlement agreement with the Council.