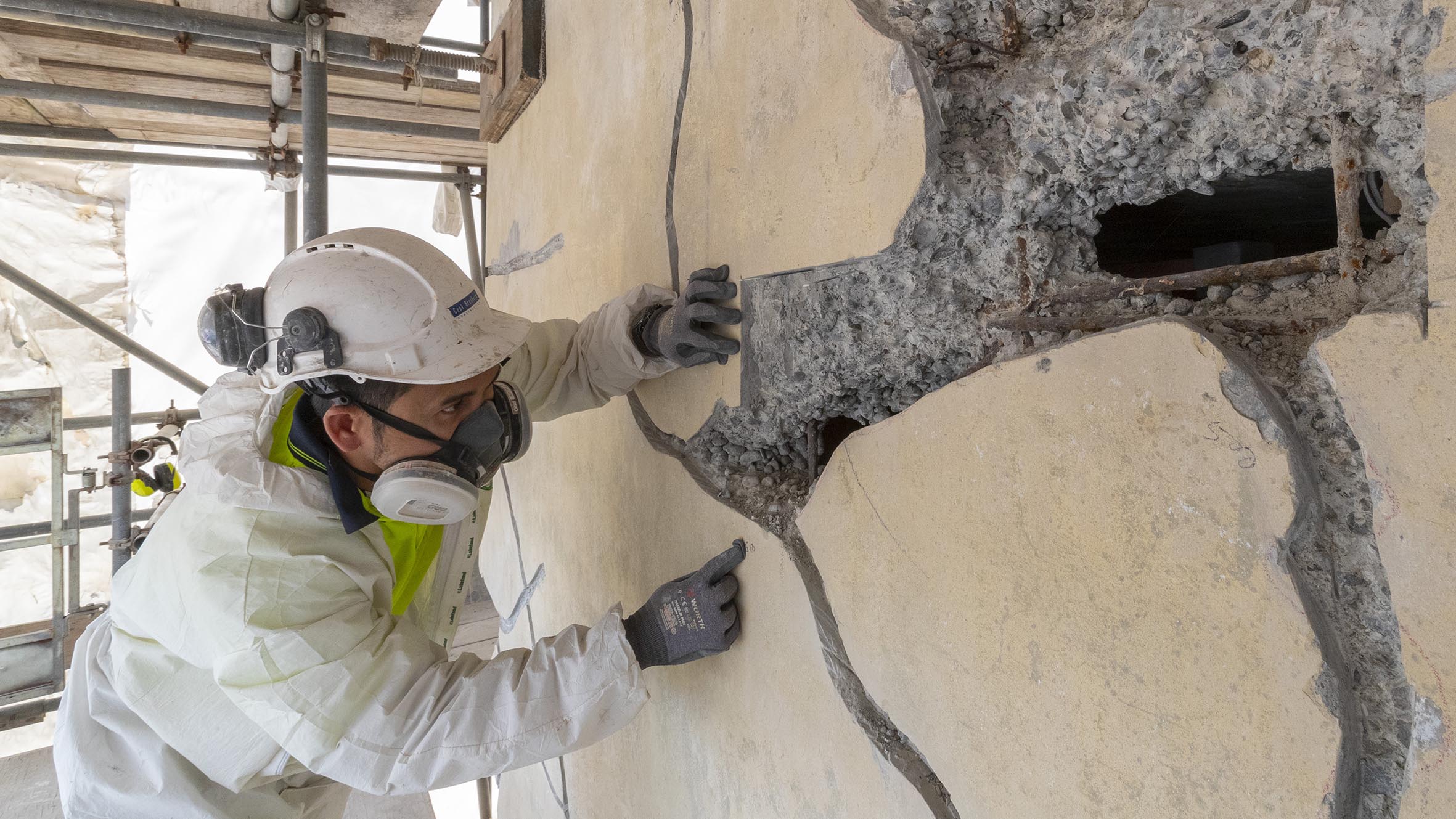 While contractors have been working on the restoration of the Scarborough and New Brighton clock towers, they have found the concrete is in a worse condition than initial engineering investigations suggested.

“Both clock towers are about 90 years old and were built at a time when concrete was a different quality than we would expect today,” Mr Rutledge says.

“It was common local practice in the early 1900s to mix cement with small stones, most likely sourced from rivers around Canterbury. Being round, the cement didn’t stick to the stones properly and over time has created hollow spaces and cavities inside the concrete, known as “honeycombing”.

Moisture from the elements and decades of exposure to a harsh coastal environment has penetrated these areas and caused significant corrosion to the structural steel.

“We have found issues with the concrete on the underside of the first floor slab at Scarborough, which supports the upper tower,” Mr Rutledge says.

“There are also concerns over the state of the concrete at the New Brighton clock tower, where large areas of ‘honeycombing’ have been discovered.

“To ensure the seismic strength of these towers, we have to replace all the defective concrete and add reinforcement.

“We need to carry out full repairs to secure the longevity of both heritage clock towers.”

The landmark clock towers, which date back to the 1930s, have been fenced since early last year.

Both suffered structural damage during the 2010-11 earthquakes.

New Brighton requires the most repairs but the clock faces on both towers also need work.

Restoration work on the Scarborough Clock Tower will continue until February next year, while we expect repairs to the New Brighton Clock Tower to be completed by March.