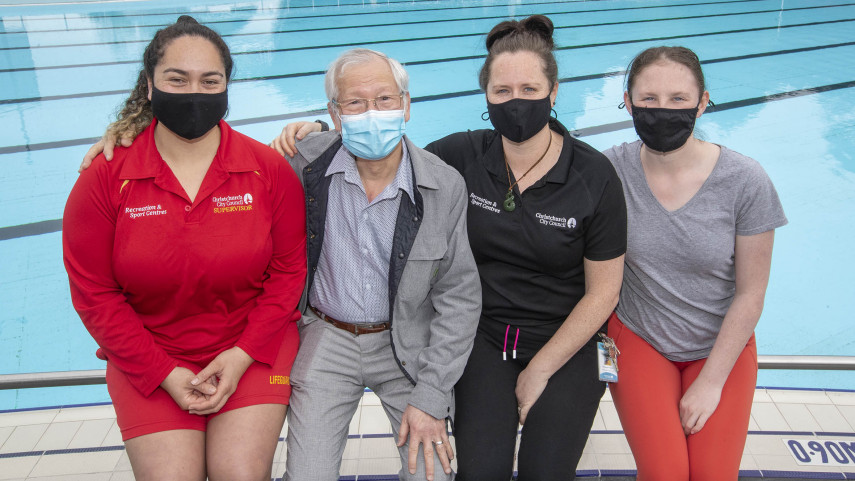 When 74-year-old Minh Lengoc visited Jellie Park for his daily swim on 24 May he had no inkling that his heart was about to stop beating.

The retired scientist had spent about 45 minutes swimming lengths in the pool – as he did most days - and was gathering up his gear when he went into sudden cardiac arrest and collapsed poolside.

Lifeguards Kristina Sammut and Nicole Sullivan were quickly at his side. Finding him unresponsive and without a pulse, they immediately started cardiopulmonary resuscitation (CPR) while other staff called 111 and ran to fetch one of the facility’s two Automatic External Defibrillators (AEDs) and oxygen.

Both Kristina and Nicole were taught CPR as part of their training to be lifeguards but Nicole admits that doing CPR on a real person is very different to doing it on a mannequin.

She could hear Dr Lengoc’s ribs crack as she pumped his chest, but she knew she had to keep going so she fought back her tears and concentrated on what she needed to do to keep Dr Lengoc alive.

Lifeguard Supervisor Tegan Lawrence had heard the emergency call come over the radio and rushed to the pool to help with the effort to resuscitate Dr Lengoc.

She gave him oxygen while the other two lifeguards took turns doing compressions. They then used the AED to shock Dr Lengoc’s heart back into a normal rhythm. The AED shocked him three times in the  short time it took for the paramedics to arrive on the scene.

Dr Lengoc was rushed to hospital where he spent five days in an induced coma and underwent open heart surgery.

“The doctors said I was a very lucky person because nine out of 10 people would have died,’’ says Dr Lengoc.

Doctors were initially concerned the cardiac arrest may have starved his brain of oxygen and caused irreparable damage, but miraculously Dr Lengoc was able to be discharged from hospital after three weeks.

One of the first things he did after his discharge was return to Jellie Park to thank the staff who saved his life. It was very emotional moment for him and his wife, Thao, who at one stage had been planning for his funeral.

It was emotional too for all the staff who had rushed to his aid.

“When we got the opportunity to see him again, I hugged him and bawled my eyes out,’’ admits Nicole.

Christchurch City Council Head of Recreation, Sports and Events Nigel Cox says he is incredibly proud of how the entire team at Jellie Park responded to the emergency.

“They stayed calm and applied their emergency training and as a result Dr Lengoc is still alive today. You couldn’t ask for a better outcome than that.  The staff have formed a real bond with Dr Lengoc and it is going to be really great for them to see Dr Lengoc back swimming at the pool,’’ Mr Cox says.

Dr Lengoc is planning to re-start his regular swim sessions at Jellie Park in November.

"Forty-eight per cent of victims survive when an AED is used before the ambulance arrives but drops to 11 per cent if an AED is not available. The number of AEDs at Council-run facilities and ongoing training undertaken by staff ensure Christchurch residents are in safe hands,'' Mr Bird says.

"The First Aid team at Red Cross are thrilled to hear about great outcomes like what happened to Dr Lengoc.'' 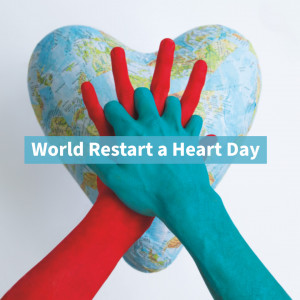 More than 2000 New Zealanders go into cardiac arrest each year and only one in 10 survive.

A cardiac arrest means a person’s heart has stopped beating – they are lifeless.

If you believe someone has suffered a cardiac arrest, call 111 immediately and follow the call-taker’s instructions.