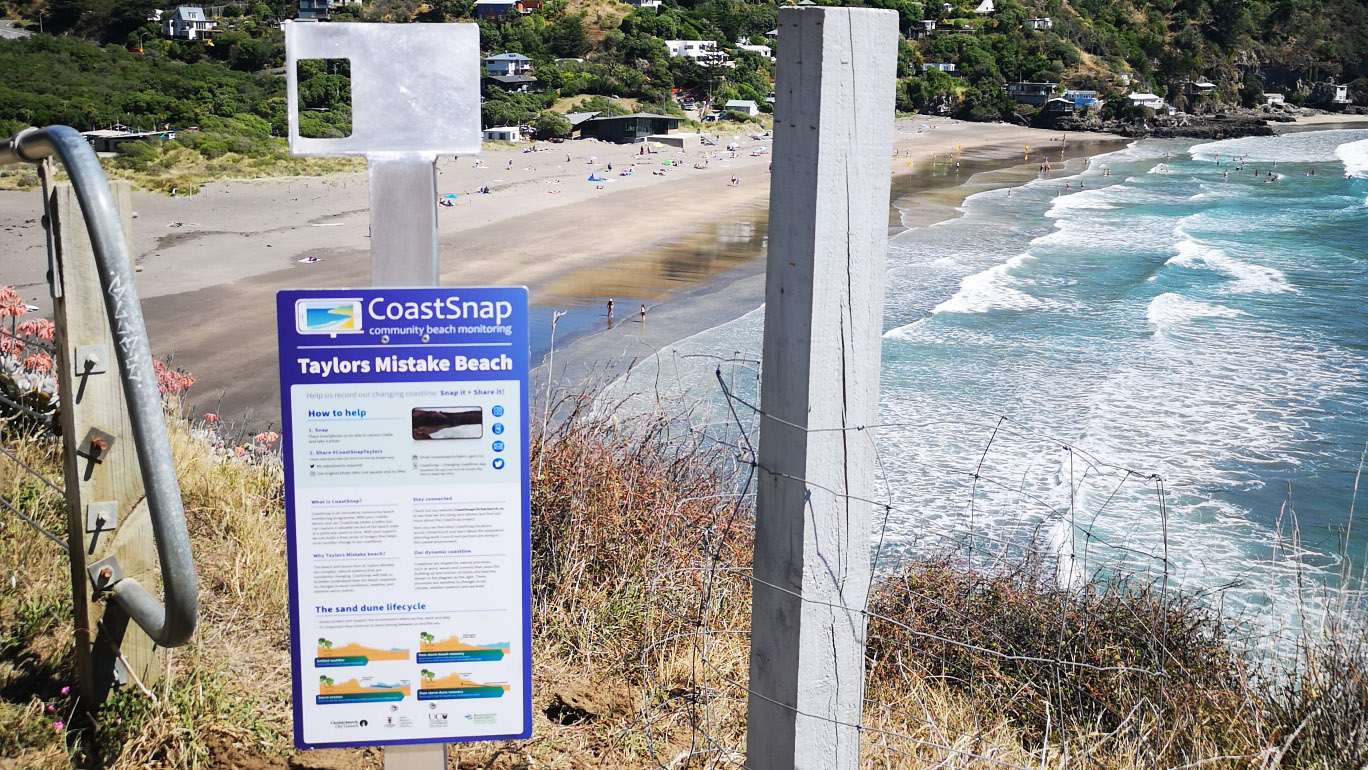 With a simple snap Christchurch residents can become beach scientists.

At two spots along the city’s coastline, three smartphone camera cradles are being installed to encourage people to take part in the CoastSnap community science project.

CoastSnap relies on repeat photos taken at the same location to track how coastlines are changing over time due to human activity and natural processes such as storms, rising sea levels and day-to-day changes in the beach structure.

“Using a specialised technique known as photogrammetry, CoastSnap turns your photos into valuable coastal data that is used by coastal scientists to understand and forecast how coastlines might change in the coming decades,’’ says Christchurch City Council Head of Planning and Strategic Transport David Griffiths.

“We have set up camera cradles at Taylors Mistake and on the New Brighton Pier in the hope that visitors to those locations will take part in the project by taking a photo and sharing it on the CoastSnap app, via Twitter or Instagram, or by emailing coastsnapchch@ccc.govt.nz.

“The beach and dunes at New Brighton and Taylors Mistake are dynamic, natural systems that are constantly changing. CoastSnap will help us to better understand how the beaches respond to changes in wave conditions, weather and extreme storm events,’’ says Mr Griffiths.

“Every photo that is taken will add to a community database that will be used by scientists and planners to map shoreline changes. That information will help us to improve how we manage treasured coastal environments, so please get snapping.

“There’s a sign at each camera cradle site explaining what you need to do so it is an easy project for people to get involved in.’’

The CoastSnap app can be downloaded from the App Store or Google Play.

CoastSnap is a joint project involving Christchurch City Council, Environment Canterbury and the University of Canterbury.