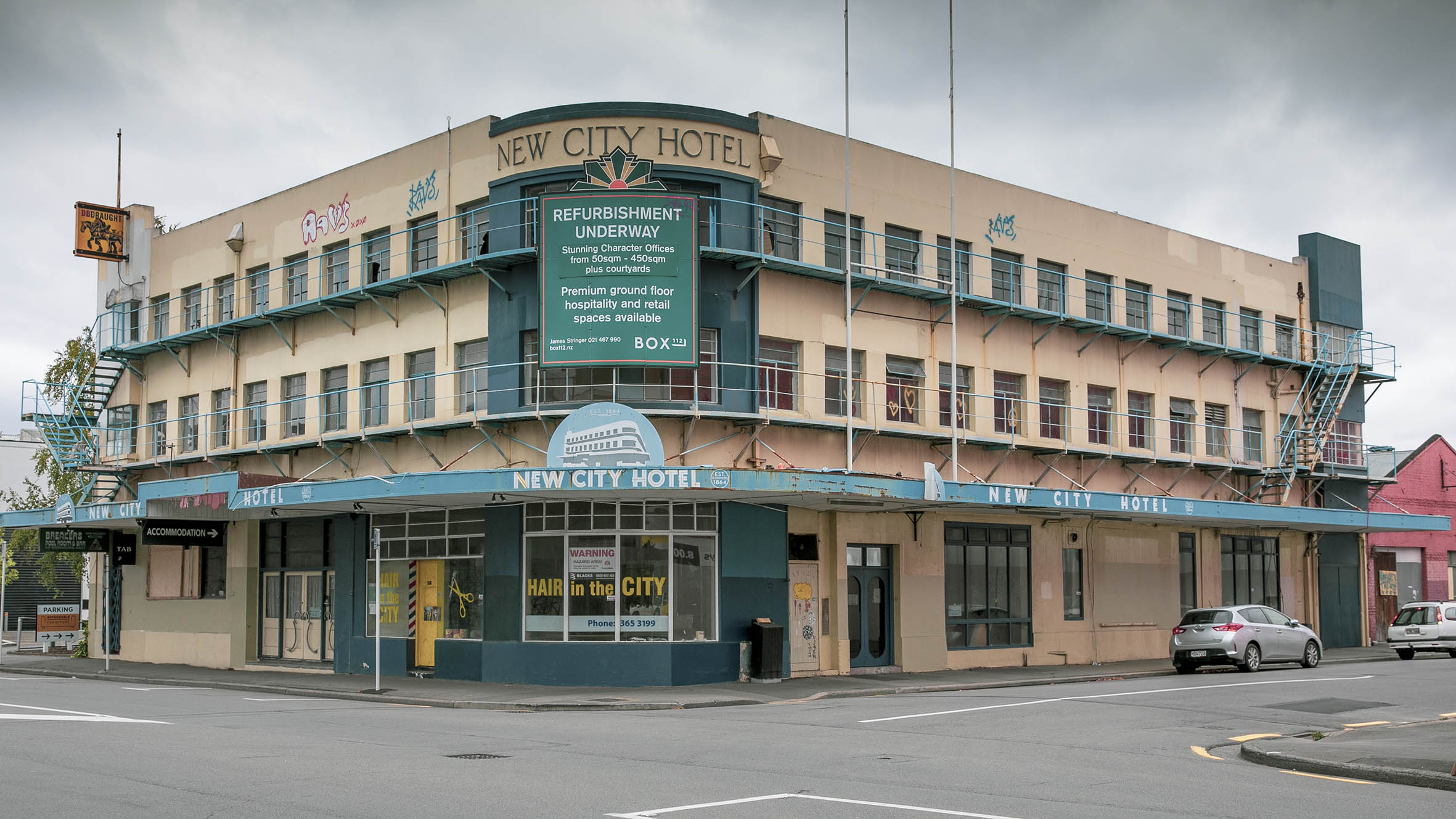 The owners of two historic hotels in Christchurch’s city centre are going to receive heritage incentive grants to help them preserve their buildings.

Christchurch City Council’s Sustainability and Community Resilience Committee today agreed to give a grant of up to $162,376 to the owners of the New City Hotel in Colombo Street to assist with the replacement of the building’s roof and repaint its façade.

The grant will also help with the cost of upgrading the heritage building’s fire protection system.

The New City Hotel dates back to 1931 and has operated continuously as a hospitality business since then, making it one of the oldest hotels in Christchurch.

The Committee also approved a heritage incentive grant of up to $70,028 for conservation and maintenance work on Eliza’s Manor Hotel in Bealey Avenue.

Built about 1861 for Charles Wyatt, a solicitor and member of the Canterbury Provincial Council, the building has associations with a number of prominent early Christchurch citizens, including Frederick Pyne of Pyne Gould Guinness. It was converted to a boarding house and was also used as a private hospital before it became a small independent hotel.

“These two hotels are part of our city’s rich and diverse heritage and hold lots of memories for people. By providing heritage incentive grants, we can help the owners of these two buildings to preserve and protect them for future generations,’’ says Councillor Sara Templeton, who chairs the Sustainability and Community Resilience Committee.

The Committee also approved a small Heritage Incentive Grant of up to $2,570 to help cover the cost of repairing, conserving and maintaining a rare wire road boundary fence in Sydenham’s Southey Street.

The fence is historically significant because it was produced by Oscar von Sierakowski in his factory and shop on the corner of Colombo and Tuam streets in the early 1900s. The factory was reputed to be the largest wire work factory in the colonies.

In the early 1900s wire fencing was a popular way of fencing villas although much has been lost and replaced over time. The fence at 31 Southey Street is a relatively rare surviving example and includes the original turned jarrah fence posts. It is possibly the only known fence of confirmed provenance, with the original maker’s plaque.