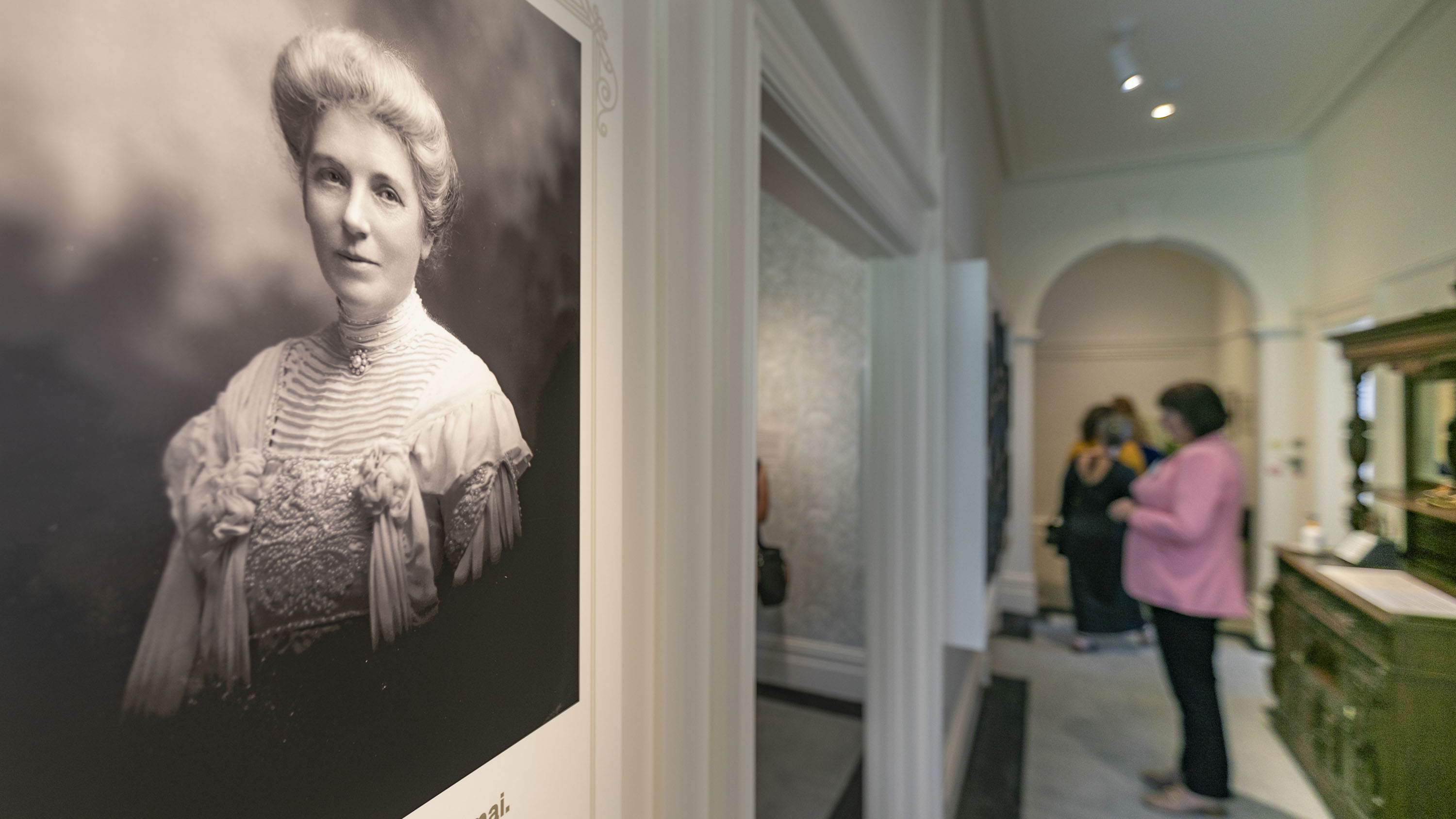 The public can now visit the former Christchurch home of suffragist Kate Sheppard, who was at the centre of the campaign to get New Zealand women the right to vote.

The home, in Clyde Road, Fendalton, was bought by the Government last year for $4.5 million so that it could be used as heritage venue and educational centre where people could learn about trailblazing New Zealand women.

It dates back to 1888 and was used as the base for Kate Sheppard’s suffrage campaign.

The opening ceremony marks the completion of the first stage of repurposing the house as a visitor experience which tells the story of the achievements of Kate Sheppard and other women who worked tirelessly to achieve women’s suffrage.

“It was here that the petition – which included thousands of signatures from supporters all over the country – was pasted together before being presented to Parliament. “

Unable to deliver the petition herself, MP Sir John Hall did it in Kate Sheppard’s place, famously kicking the 270m-long scroll across the floor of Parliament’s debating chamber, allowing all present to see the signatures for themselves as the scroll unrolled.

“Because New Zealand was the first country to give women the right to vote, this place is also internationally significant in the wider story of universal suffrage,” says Dr Whybrew.

“We are honoured to have the responsibility of caring for this place, and sharing its stories with visitors from New Zealand and the rest of the world.”

Besides being open to the public to visit, Heritage New Zealand Pouhere Taonga plans to make Te Whare Waiutuutu Kate Sheppard House available for a range of future use options – including school visits and special activities – highlighting the legacy of Kate Sheppard and the suffrage movement, and its relevance today.