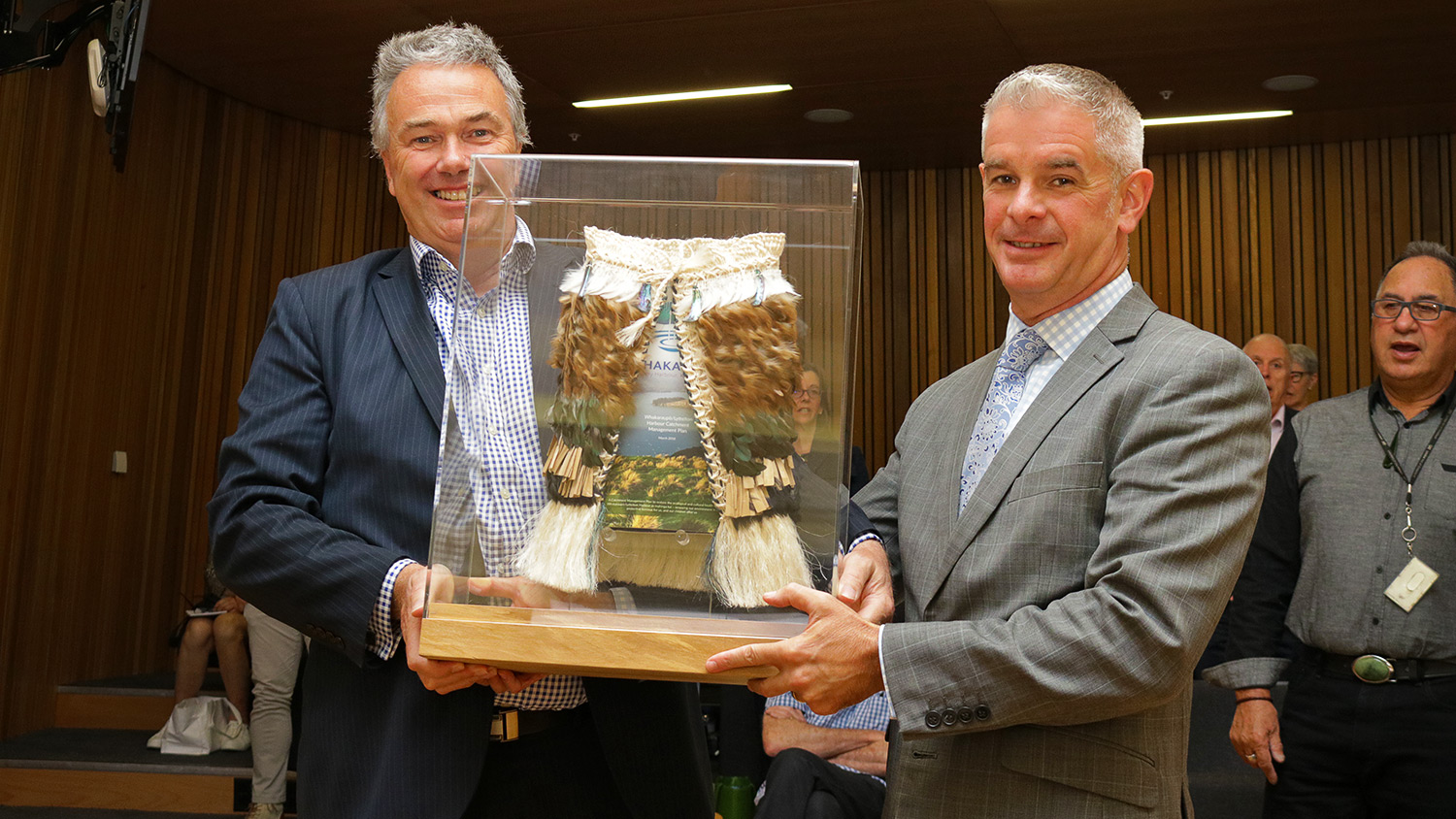 A ceremonial korowai placed around the Whaka-Ora Healthy Harbour Plan has been handed over to Christchurch City Council by the Lyttelton Port Company (LPC).

The Council and LPC are among the five partner agencies who put together the Whaka-Ora Healthy Harbour Plan which is aimed at restoring the ecological and cultural health of Lyttelton Harbour as mahinga kai.

The agencies are each taking turns at looking after the korowai as a mark of their commitment to achieving the long-term vision of the Whaka-Ora Healthy Harbour Plan.

Speaking at a ceremony to mark the hand-over of the korowai, LPC Chief Executive Peter Davie said the company embraced its responsibility to improve the health of Lyttelton Harbour.

“The health of the harbour is very important to us,’’ Mr Davie said.  “We are trying to get a better understanding of the science of the harbour. Lyttelton Harbour’s Maori name is Whakaraupō, which means harbour of reeds.

“The head of the harbour used to be full of weeds and that was a fish breeding ground where all the juvenile fish started before moving out into the wider harbour.

“Over time all those weeds have been removed. One of the projects we are working on is how do we restore those weeds.

“The important thing for all of us to think about is how we can contribute, both as governors and executives, to the health of the harbour and what we can do on a daily basis to improve it.’’

Christchurch Deputy Mayor Andrew Turner, who accepted the korowai on behalf of the Council, said the korowai represented the commitment to the care and custodianship of the Whakaraupō. 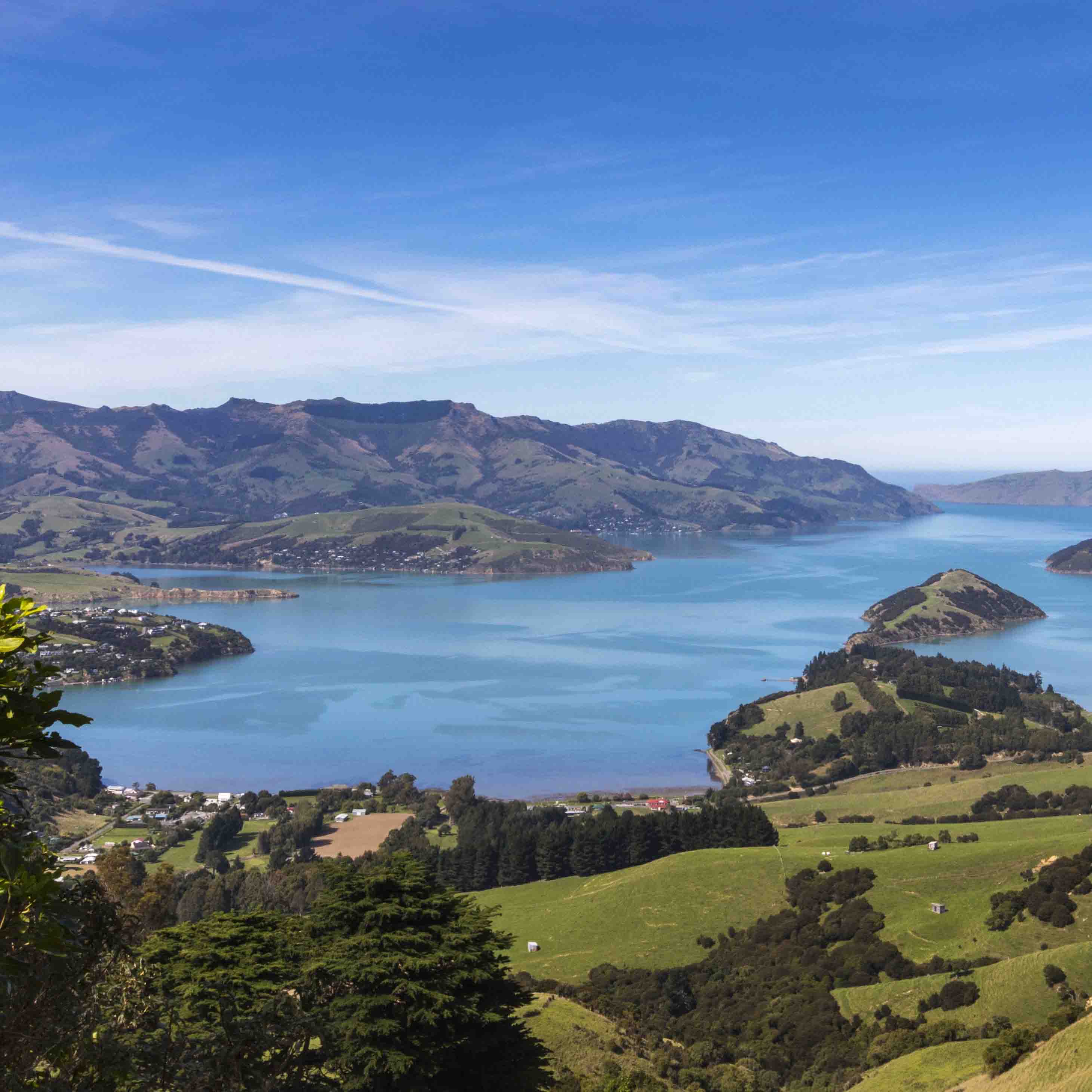