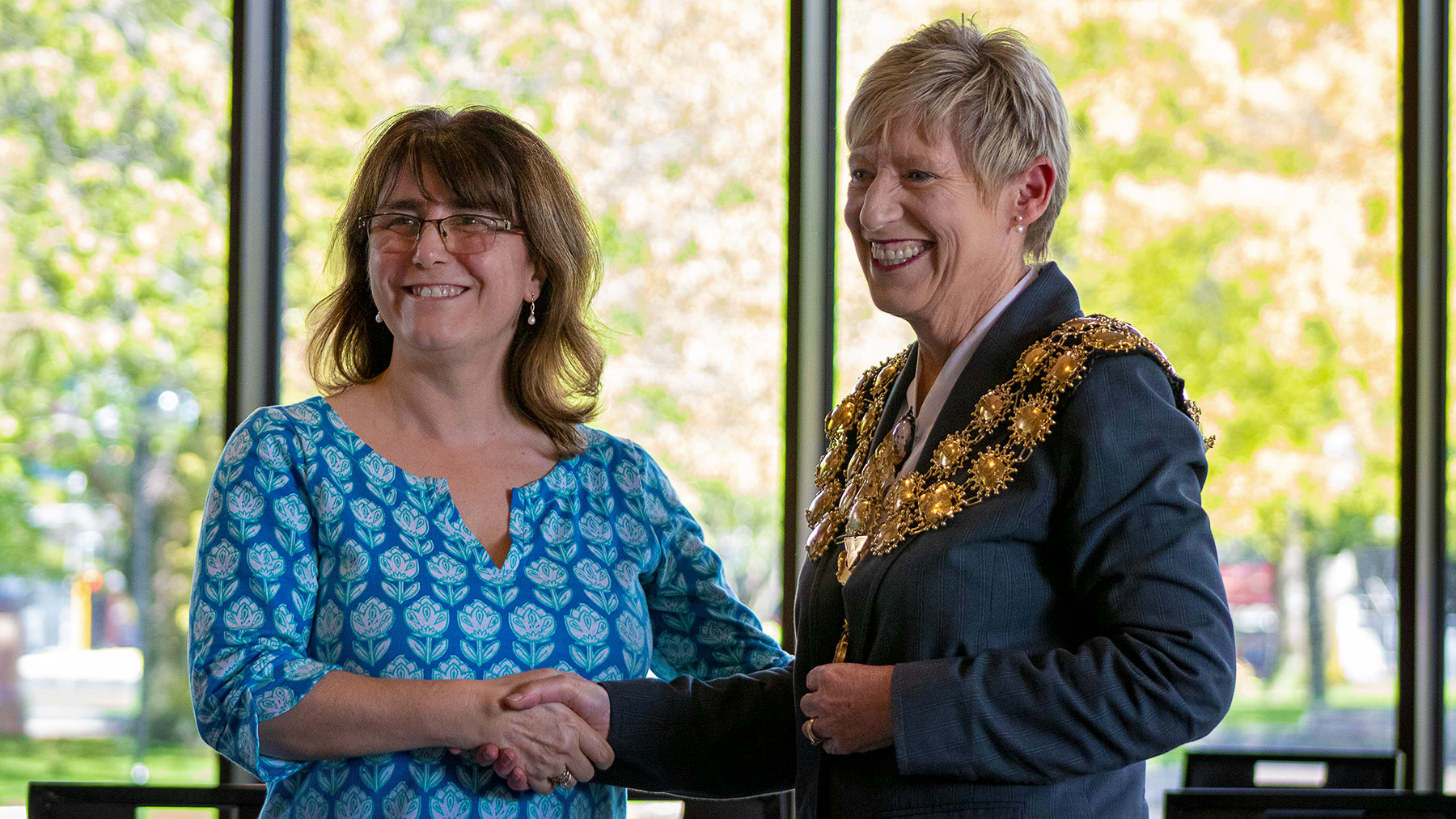 Mayor Lianne Dalziel promised to keep the momentum in Christchurch going as she formally took office at a ceremony in the restored Town Hall on Thursday afternoon.

After signing the official declaration of office, in which elected members pledge to act in the best interests of Christchurch, Mayor Dalziel thanked all those who had participated in the local body elections and pledged that she would fulfil her campaign promise to keep Christchurch moving forward.

“Our city is emerging from unprecedented challenges to become one of the most dynamic cities in New Zealand.

“I stand by my statement that we laid the foundation for a modern, sustainable and resilient 21st century city and when I see the team around me, and our new Chief Executive, I know that together we can build a legacy for generations to come – a place where everyone can truly thrive.

“Tomorrow new Council arrangements will be announced which will demonstrate my commitment to use my team-building skills and experience to deliver on what I offered during the campaign.

“Momentum is what I promised and this is the team that will deliver,’’ the Mayor said.

“In my first term we got the house in order – the basics, the insurance settled, and things like that. In my second term we laid the foundations. Now it is all about delivery.

After all the Councillors had signed their declarations of office, the Mayor announced she was appointing Councillor Andrew Turner as Deputy Mayor.

The Council will hold its first ordinary business meeting on Thursday 31 October at 9.30am in the Council Chamber on the second floor of the Civic Offices in Hereford Street. Members of the public are welcome to attend the meeting, which will also be live-streamed.

The agenda for the first meeting will be published tomorrow afternoon.