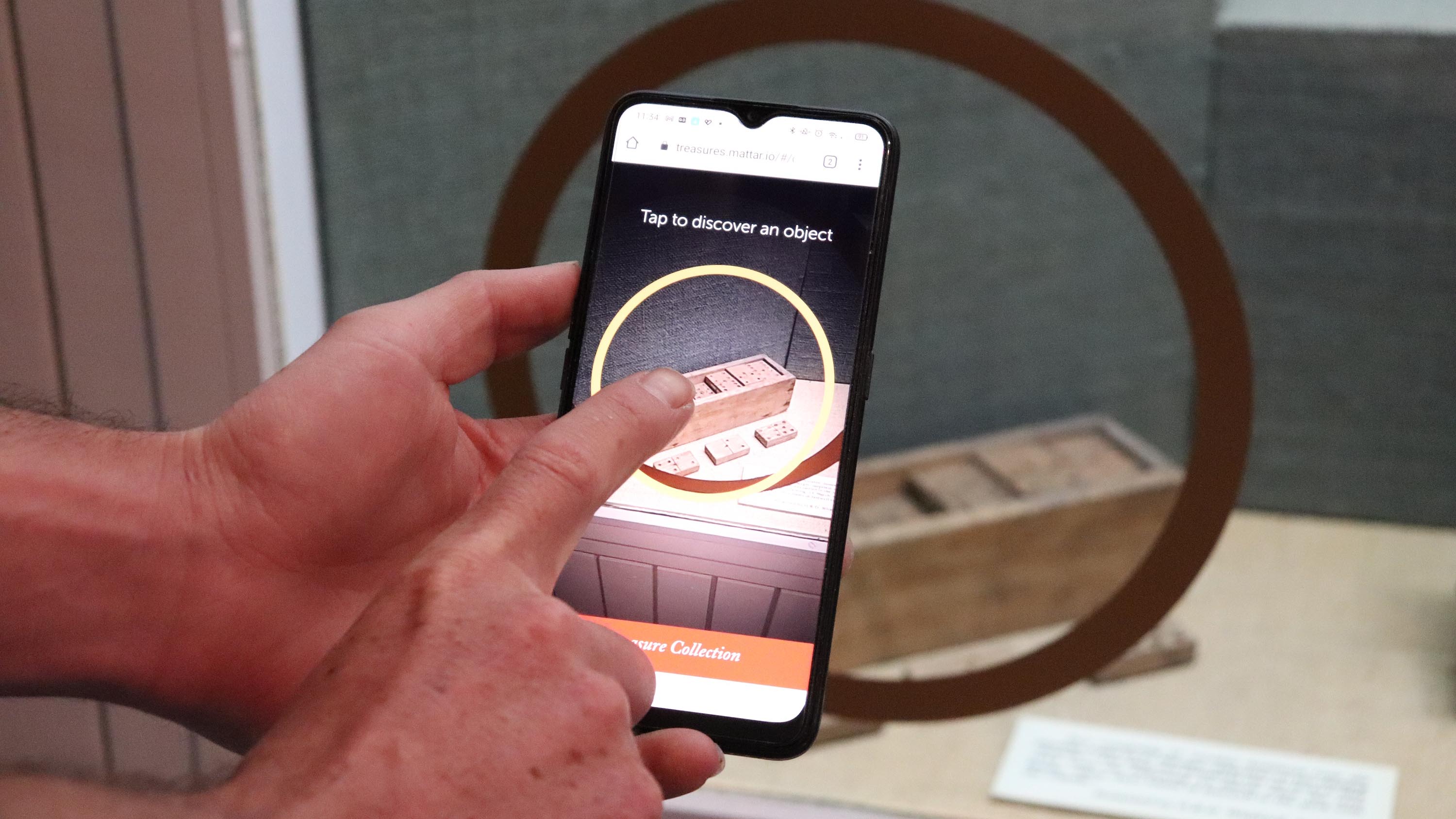 Canterbury Museum is going high-tech with its latest treasure hunt.

Over the summer visitors to the museum can collect virtual taonga (treasures) from the Museum’s 150th birthday exhibition, House of Treasures: Ngā Taonga Tuku Iho in a treasure hunt accessed through a web-based app on a smartphone.

Users are challenged to find 16 taonga displayed in galleries throughout the Museum.

The 16 objects are some of the 79 showcased in the House of Treasures exhibition. Twenty-eight rarely-seen treasures are on display in the Level 3 Temporary Gallery and three are in the Museum foyer. Thirty-eight gold-framed objects in the Museum’s galleries are also part of the exhibition.

To collect a treasure, visitors need to frame it on their phone’s camera and tap the screen to scan it. The app offers clues to help locate the objects in the Museum. If visitors scan all 16 objects, they can show their phone to staff at the Museum’s information desk to be rewarded with a postcard featuring one of the objects.

Visitors can access the app by scanning a QR code in the Museum foyer or visiting treasures.mattar.io.

Exhibitions Manager, Neil Phillips says the House of Treasures app is a first for the Museum.

“We run scavenger hunt activities for families fairly frequently and they are always a hit – but usually they involve a pencil and a piece of paper. We hope Canterbury families will be keen to give this new, digital version a go.”

The digital treasure hunt’s developers, method.digital, used machine learning technology to teach the app to recognise each of the 16 objects by sight.

The objects in the House of Treasures exhibition are drawn from a book the Museum produced to celebrate its 150th year on Rolleston Avenue.

The book is on sale now at selected bookstores nationwide, in the Museum Store and through the Museum’s website.