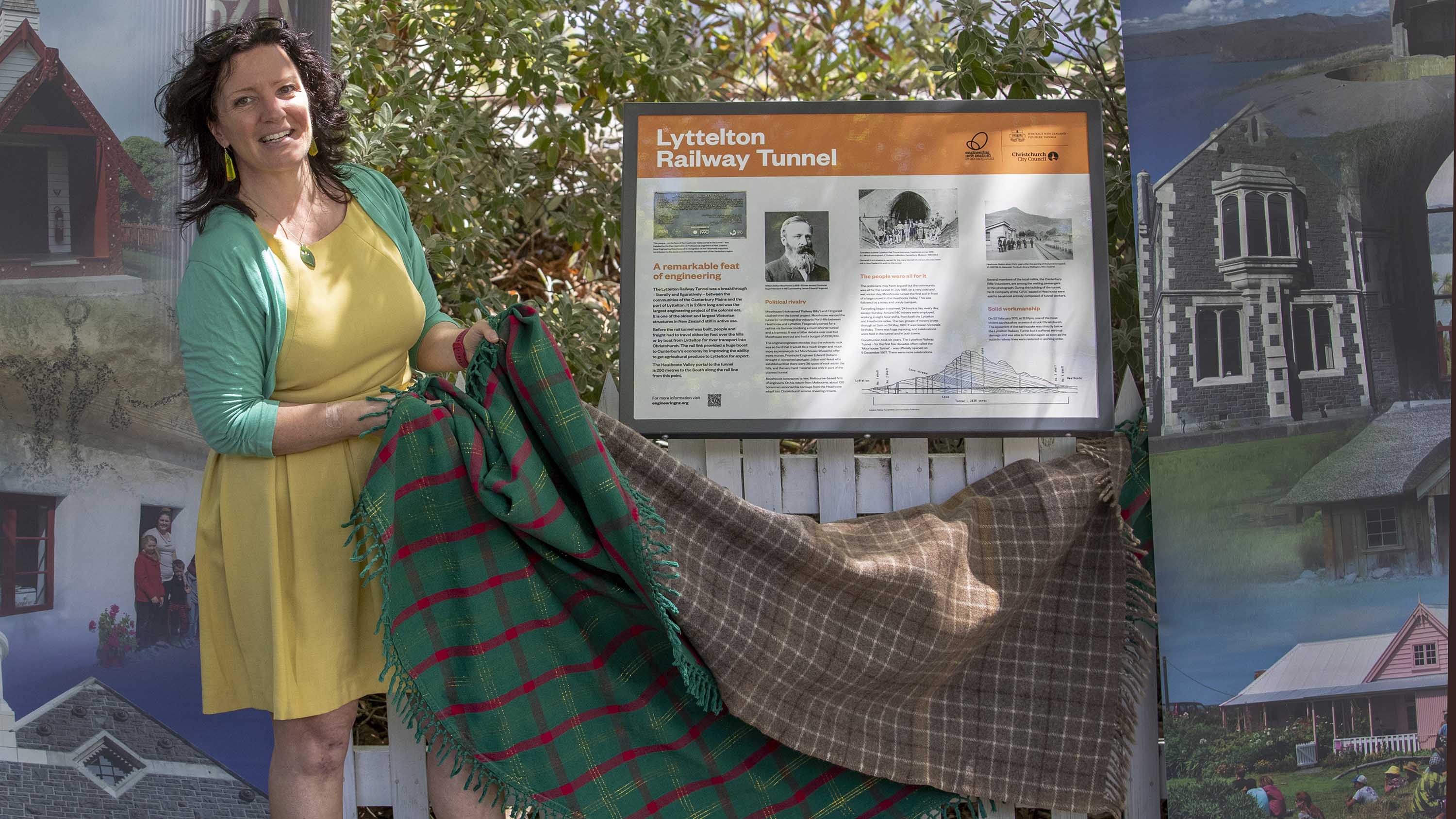 A new information board telling the story of the Lyttelton Rail Tunnel – the oldest rail tunnel in New Zealand - has been erected on Heathcote Valley’s Station Road.

The information board has been developed by Engineering New Zealand’s Canterbury Heritage Chapter to publicly honour the achievement of the engineers who oversaw the tunnel’s construction.

The tunnel, which publicly opened on 9 December 1867, was New Zealand’s first rail tunnel, and for many years, the longest.

It was also the first tunnel in the world to be driven through the side of an extinct volcano. It cost £195,000 to build.

“They were so bold and resourceful to drill a tunnel through volcanic rock to create a direct link between the port and Christchurch at a time when there was only a fledging railway system in New Zealand.’’

Christchurch City Councillor Sara Templeton, who officially unveiled the information board, is pleased the pioneering feat of engineering is being publicly celebrated.

“A plaque has been put at the portal of the railway tunnel to acknowledge the engineering work that went into constructing the tunnel. For safety reasons there is no public access to the portal so I am pleased that Engineering New Zealand have found another way to draw people’s attention to the nationally significant history of the tunnel,’’ Cr Templeton says.

The idea of building a rail tunnel between the port of Lyttelton and Christchurch was first raised in the early 1850s but it was initially dismissed as unnecessary extravagance.

However, as exports of wool continued to grow, the need for a direct connection to the port increased and in 1858 the Canterbury Provincial Council decided to proceed with the ambitious project.

Work on the rail tunnel began in 1860 but the English contractors hired to build the tunnel gave up when they struck extremely hard rock. Canterbury provincial engineer Edward Dobson took over responsibility for the project and a new Australian contractor, Holmes & Co, was found, allowing work on the tunnel to restart in July 1861.

Constructing the tunnel wasn’t easy – there was more hard rock than expected and ways had to be found to ventilate and drain the tunnel.

However, Dobson’s engineering skills were proven when the two lines of the tunnel – one coming from Lyttelton, one from Heathcote – met as planned on 24 May 1867, when an iron rod was passed through the break through. Within five days it was possible for men to walk from one end of the tunnel to the other.

Sadly, two workers were killed during construction of the 2.4 kilometre long tunnel when explosives were  not handled carefully enough.

Christchurch City Council has helped with the costs of the information board.  Engineering New Zealand and Heritage New Zealand have also contributed funds.