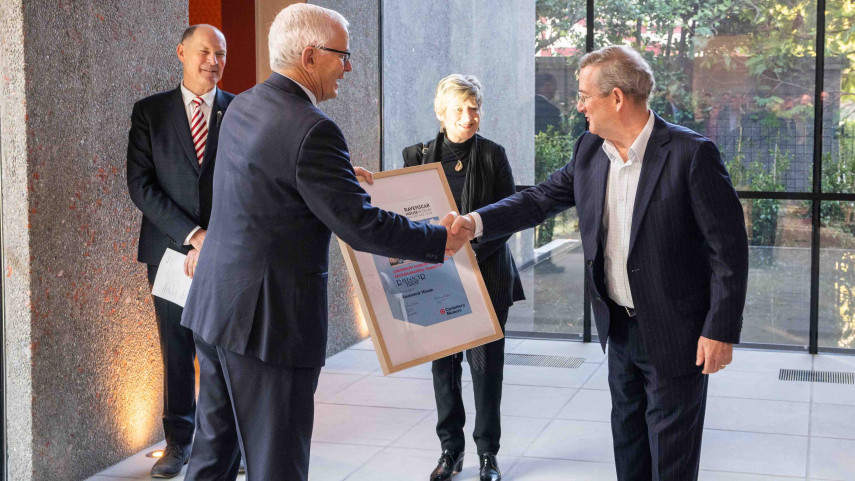 Christchurch’s newest museum will open to the public in October.

The Ravenscar Trust has officially gifted the newly constructed Ravenscar House, on Rolleston Avenue, to Canterbury Museum, which will operate it as a house museum on behalf of the Christchurch and Canterbury community.

It will open to the public in October.

The museum will be home to a collection of about 300 mainly New Zealand paintings and objects amassed by philanthropists Jim and Dr Susan Wakefield, who began collecting art in the early 1990s. Their collection include works from the mid-19th century to today by some of New Zealand’s best known artists.

The Wakefields originally planned to gift their Scarborough House to the people of Christchurch, but it was extensively damaged in the 22 February 2011 earthquake. Instead they decided to enter into a partnership with Canterbury Museum, through their charitable Ravenscar Trust, to create a new house museum.

The Ravenscar Collection, which has been loaned to Canterbury Museum by the Trust, will be displayed in a domestic setting that reference the entrance lobby and four principal rooms in the Scarborough house.

Patterson Associates designed the museum, which will sit in a landscaped garden featuring a number of sculptures. The land on which it was built was gifted by Christchurch City Council following public consultation in 2015.

Mayor Lianne Dalziel says the Council consultation showed "overwhelming support for providing the land for the development of this magnificent gift.

"I know when the community sees this, they will absolutely love it. We are all grateful for the generosity of Jim and Susan Wakefield and their families,'' the Mayor says.

Steve Wakefield, Chair of the Ravenscar Trust, said the family was incredibly excited to see Jim and Susan's vision now become a reality, and acknowledged the tremendous collaboration between the Trust, the Museum, the Council, the architects, main contractors HRS Construction, and all the consultants and specialists involved.

Canterbury Museum director Anthony Wright said the Wakefields, through their trust, had been very generous benefactors to arts and education causes, but gifting a magnificent house to the city with the full support of their family was philanthropy at an extraordinary level.

“Ravenscar House Museum is a tremendously exciting new visitor attraction for the city which will enhance and complement Christchurch’s cultural precinct.

“The museum is thrilled to have partnered with the trust in creating this new home where the Ravenscar Collection, one of the most important private collections in the country, can be on permanent display to the public,’’ Mr Wright says.