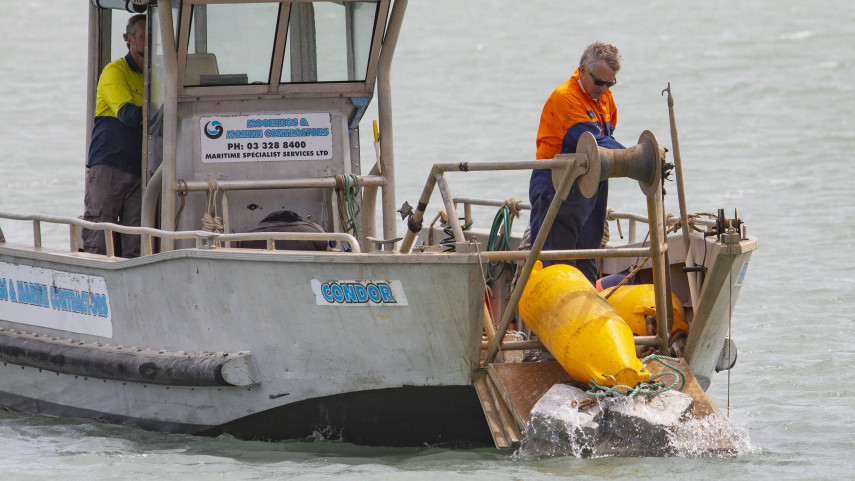 A trial of a new breakwater at Te Nukutai o Tapoa-Naval Point is planned for this weekend.

Temporary buoys will be put in place to see if the location for the breakwater, which was signed off as part of the Naval Point Development Plan last year, works for boaties and other water sports enthusiasts that use the area.

Christchurch City Council Head of Parks Andrew Rutledge says it is exciting to see another stage of work that will improve the popular recreational spot underway.

“There was a lot of feedback about the breakwater when we carried out consultation for the development plan and we know this trial is important to help us get it right.

“The trial is weather dependant and will include surveys being carried out with people using the water, to see what they think about the positioning, as well as assessments of how the breakwater performs from a navigational perspective.”

Further work is still required to determine the breakwater’s structural design and impacts on tidal flow and currents.

Phase one works started at Naval Point earlier this year, which involved sealing part of the car park, replacing an ageing water main, upgrading utilities and making foreshore improvements. These works, which were originally fast tracked to prepare the sight for the SailGP 2022 yachting series, are due to be completed next month (December).

The Council is expanding the scope of this sealing work to include the full parking area, on the western side of the site. This is scheduled to start from February 2022 and should take two to three months.

“We’ll be checking in with the Naval Point user groups about this next part of the car parking sealing work and will make sure we keep as much of the parking area available for use during the busy summer season,” says Mr Rutledge.

In addition to the physical improvements being made to the site, work is progressing to identify user groups interested in continuing to lease land at Naval Point.

The Council also remains hopeful that SailGP racing will be held at Whakaraupō Lyttelton Harbour in the future, with negotiations underway between ChristchurchNZ and SailGP.