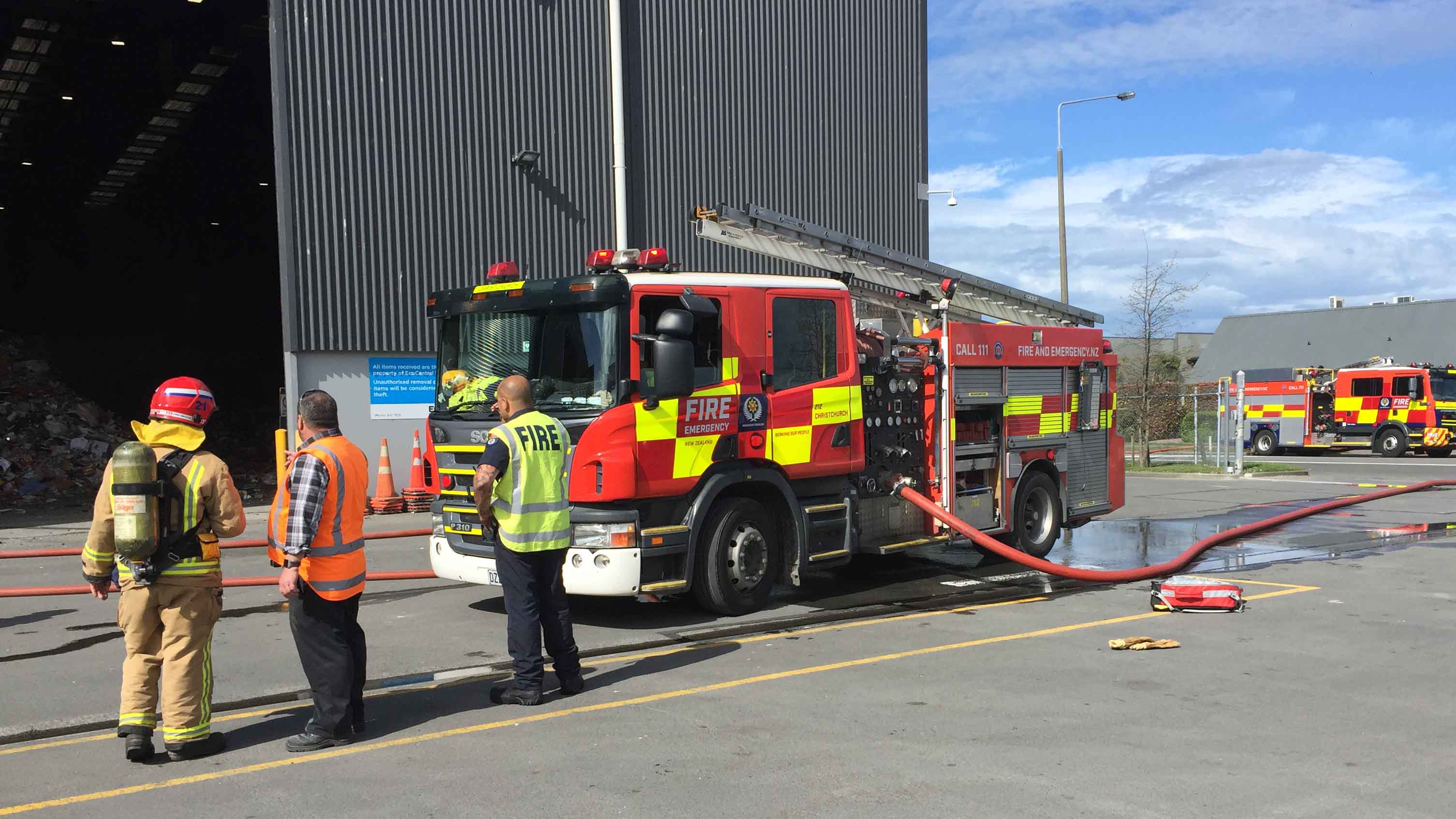 A battery discarded in a yellow wheelie bin is the likely cause of a fire at the EcoSort recycling plant that led to one person being hospitalised.

The fire on Monday forced the shut-down of the EcoSort plant in Sockburn and resulted in one staff member being taken to hospital for treatment for smoke inhalation.

Christchurch City Council Solid Waste Manager Ross Trotter says the exact cause of the fire has still to be determined, but it is likely to have been sparked by a leaking or damaged lithium ion battery that had been discarded in a recycling bin.

“People shouldn’t be putting unwanted batteries in their wheelie bins because they contain numerous components, such as acid, that can potentially harm staff, members of the public and the environment,’’ Mr Trotter says.

“If you have batteries you want to get rid of, you should drop them off at one of our three EcoDrop recycling centres or at Bunnings Tower Junction, Countdown Ferrymead or Mitre 10 Mega Papanui so they can be recycled appropriately.’’

In the past year about 865 LPG bottles, fire extinguishers, helium bottles and butane canisters have been found amid the recyclables Christchurch residents have put out for kerbside collection.

“These kind of items don’t belong in the kerbside wheelie bins. They are hazardous items and need to be disposed of appropriately,’’ Mr Trotter says.

“If you have unwanted gas bottles, fire extinguishers or anything of that nature, you should take them to the hazardous waste drop-off at the EcoDrop recycling centres. There is no charge for dropping off domestic quantities of these items.’’

With Guy Fawkes approaching, Mr Trotter is also urging people to think carefully about how they dispose of used fireworks.

“You can drop used fireworks off at the EcoDrop recycling centres or you can dispose of them in the red bin provided they have been thoroughly soaked in water – preferably overnight – and double-wrapped in plastic wrap or plastic bags so they will not dry out.’’

Mr Trotter says if people need to check what can go in their wheelie bins, they should go onto the Council's website or download the wheelie bins app.

“We really appreciate the efforts that people are taking to use the kerbside collection service correctly and to help the Council in reducing the amount of waste going to landfill,’’ Mr Trotter says.

Find out more about how to dispose of hazardous waste.