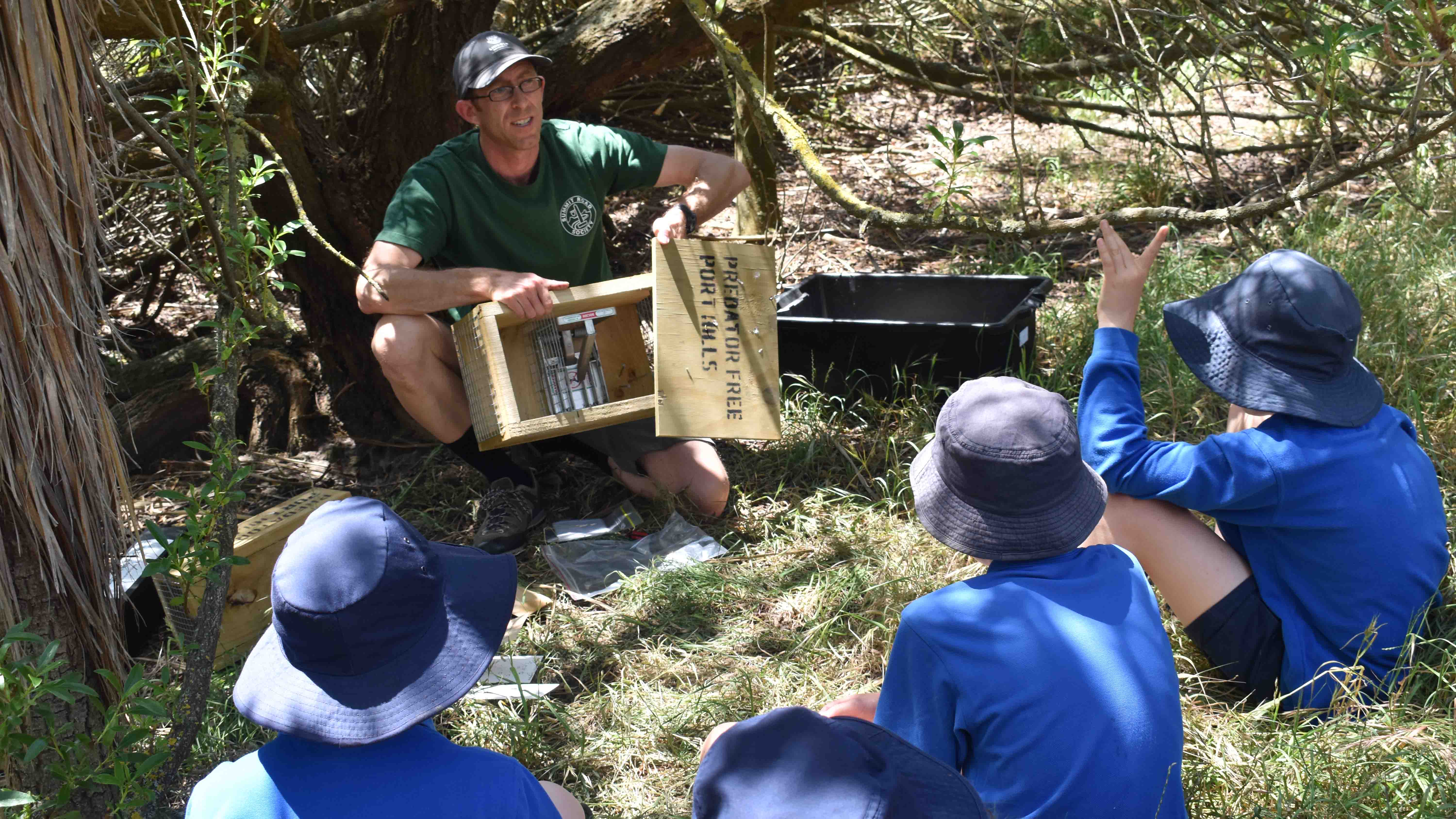 Caring for the environment, Parks and playgrounds  |  6 Apr 2021

Community volunteers are helping with predator trapping in seven small parks and reserves on the Port Hills as a part of wider initiative to protect native species.

“This is a six month initiative to assess how trapping can be safely supported in our smaller community parks,’’ says Council Community Parks Manager Al Hardy.

“The Council has given a commitment that it will work collectively with other groups and agencies to make the Port Hills and Banks Peninsula pest-free by 2050 so we need to look at how we can rid our smaller community parks of rats and other predators.’’

Mr Hardy says a training workshop was run at the end of last year for volunteers from nine community groups to equip them with the skills needed to set and monitor traps.

“Some of the groups who are taking part in the trial have been trapping in reserves for some time. They have got involved because they want to have input into how the Council manages trapping in community parks.

“Other community groups are new to trapping but have been doing planting and maintenance work in their local park. They see trapping as the next step towards restoring urban biodiversity,’’ Mr Hardy says.

One such group is the Friends of Purau Reserve. They have been weeding and planting in their small patch of wilderness but are now having a go at predator trapping, having discovered hedgehogs, mice and rats in the reserve.

They put their first traps out in early March and had immediate results, caching four rats.

Bronwyn McLennan, who co-ordinates the Purau Reserve volunteers, says they are excited to be part of the community trapping initiative.

“I got involved because we need a habitat bridge or link between the city and Banks Peninsula for our native species, especially our birds, to be safe and proliferate. It’s possible that if we actively trap predators in our cities that we could create a haven for our wildlife,’’ she says.

Experienced backyard trapper Myles Mackintosh has been actively sharing his knowledge of trapping with community groups in the hope of getting more people involved in the initiative. He’s also been teaching local school children about the benefits of trapping.

“Visiting predator-free islands and sanctuaries gave me an enticing glimpse of what New Zealand could be like without introduced predators,’’ Mr Mackintosh says.

“I’m inspired by the vision of a Predator Free New Zealand. It’s an ambitious but enticing goal, and the potential benefits for our native wildlife and future generations of Kiwi are enormous. It’s going to take a lot of resources and new technologies, but importantly it’s also going to take a lot of grass roots efforts from local communities.

“That all starts with education and I get a lot of satisfaction out of sharing my knowledge with others, especially children, and helping them get started trapping predators as well. It’s a great way to build community connections too, with a lot of local people working towards a common goal.’’