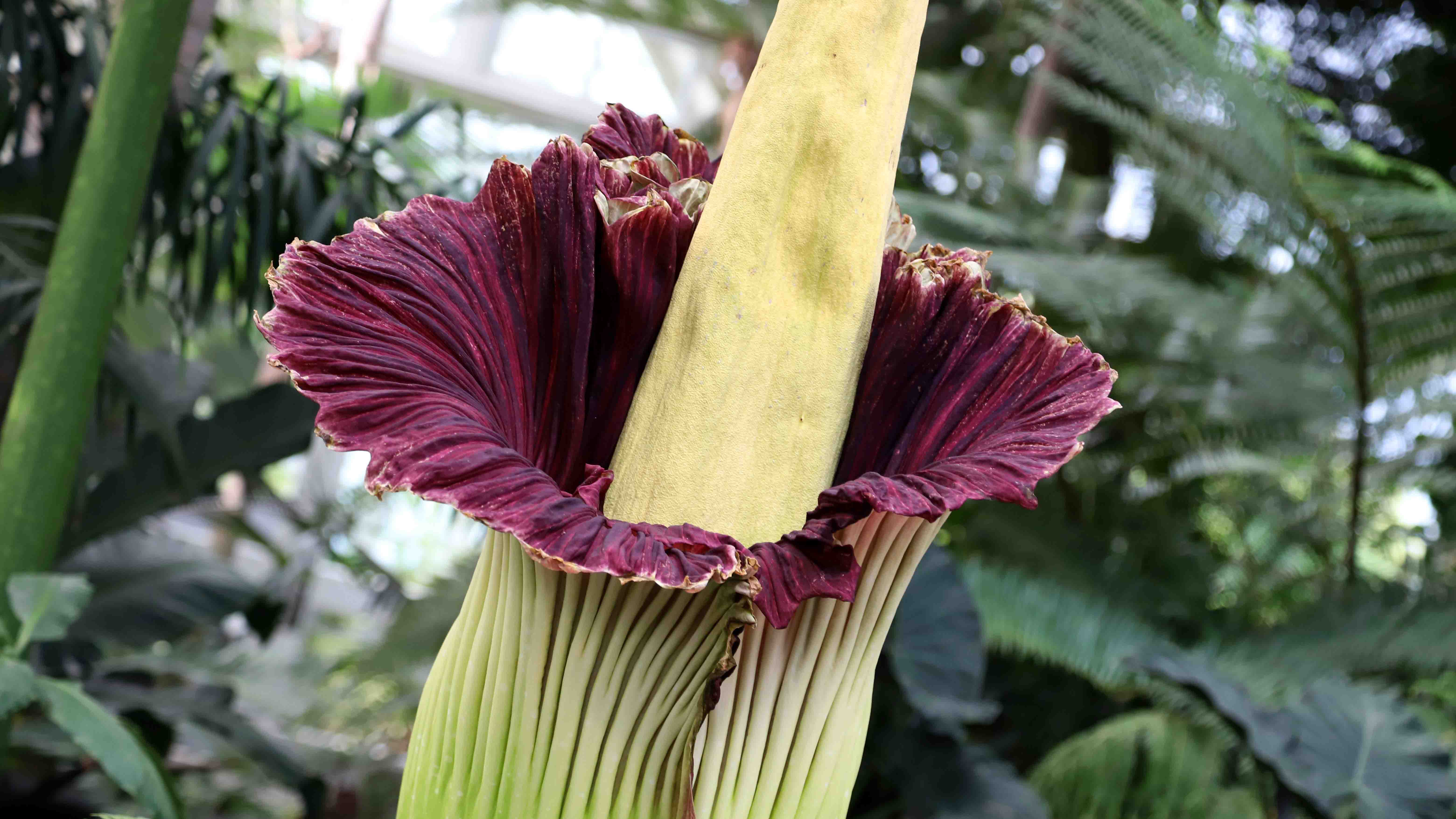 The Amorphophallus titanum has been in the early stages of flowering since last week but began fully opening late this afternoon. It is expected to be in full bloom by tomorrow morning.

Cuningham House, where the plant grows, will be kept open tonight until 9pm so people can see the flower. It be open again on Tuesday from 9am to 8pm.

Native to Sumatra, Indonesia, the corpse flower blooms at notoriously unpredictable intervals – taking seven to 12 years to reach flowering size - and only for about 48 hours.

When in full bloom, it gives off a foul-smelling stench. The smell is so bad that people have been known to faint after getting a whiff of it.

The corpse flower has been growing in the Botanic Gardens since 2008 but this is the first year it has flowered.

Botanic Gardens Director Wolfgang Bopp says since the plant began flowering, people have been lining up to see it.

“This is a very rare and unusual plant and we’ve had people travelling from all across the region to see it. It is a fascinating plant and people want to experience it for themselves,’’ Mr Bopp says.

“There is no saying exactly how long the plant will flower for but the advice we have is that it is likely to be about 24 to 48 hours.’’