Seal pup's death a reminder to drive carefully on beaches 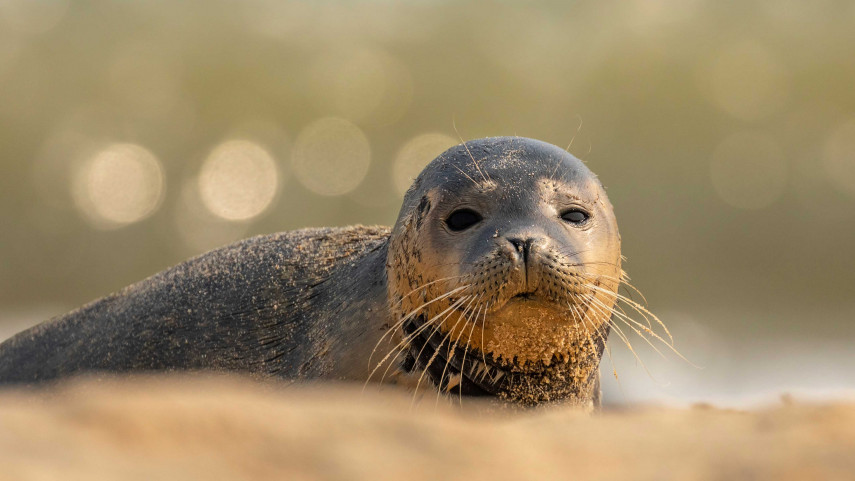 People are encouraged to drive carefully on the foreshore after a critically injured kekeno/seal pup had to be euthanised on a Christchurch beach.

The kekeno pup, found on the beach about 2 km north of Spencer Park last Thursday afternoon, is thought to have been hit by a vehicle. It was in considerable distress with injuries it could not survive.

Department of Conservation (DoC) Mahaanui Operations Manager Andy Thompson says the incident is a reminder for people to always expect seals and other native wildlife on beaches and in coastal areas, and to drive carefully on the sand.

"Sadly, the kekeno is believed to have been clipped by a vehicle on the beach and sustained a serious head injury. The beach is often driven on by people heading out whitebaiting or fishing and there were many tyre tracks visible in the sand around the seal.

"People driving on the beach need to take particular care as seals and other wildlife can blend in with the sand and be hard to see.

"It's also worth slowing down because many whitebaiters head up to the Waimakariri river mouth via this route in the dark."

At this time of year, it is common for seals and their pups to come ashore and rest. They can turn up in odd places such as an urban river or back yard.

"DoC typically takes a hands off approach to seals as they are resilient animals that generally find their way home given space and time, but in this case, the extent of the seal's injuries meant a ranger needed to intervene," Andy Thompson says.

"DoC rangers are passionate about protecting New Zealand's native wildlife and they never like having to respond to avoidable incidents like this."

People are advised to stay at least 20 metres from any seals they encounter and to keep dogs and children away from them.

Uncontrolled dogs can harass seals, which can lead to injuries to either animal. Dog owners should keep their dogs under effective control when on a beach and put dogs on leads when a seal is present.

Anyone who sees a seal or other native wildlife injured or at risk should call the DoC hotline on 0800 362 46.