Stadium deconstruction comes in under budget 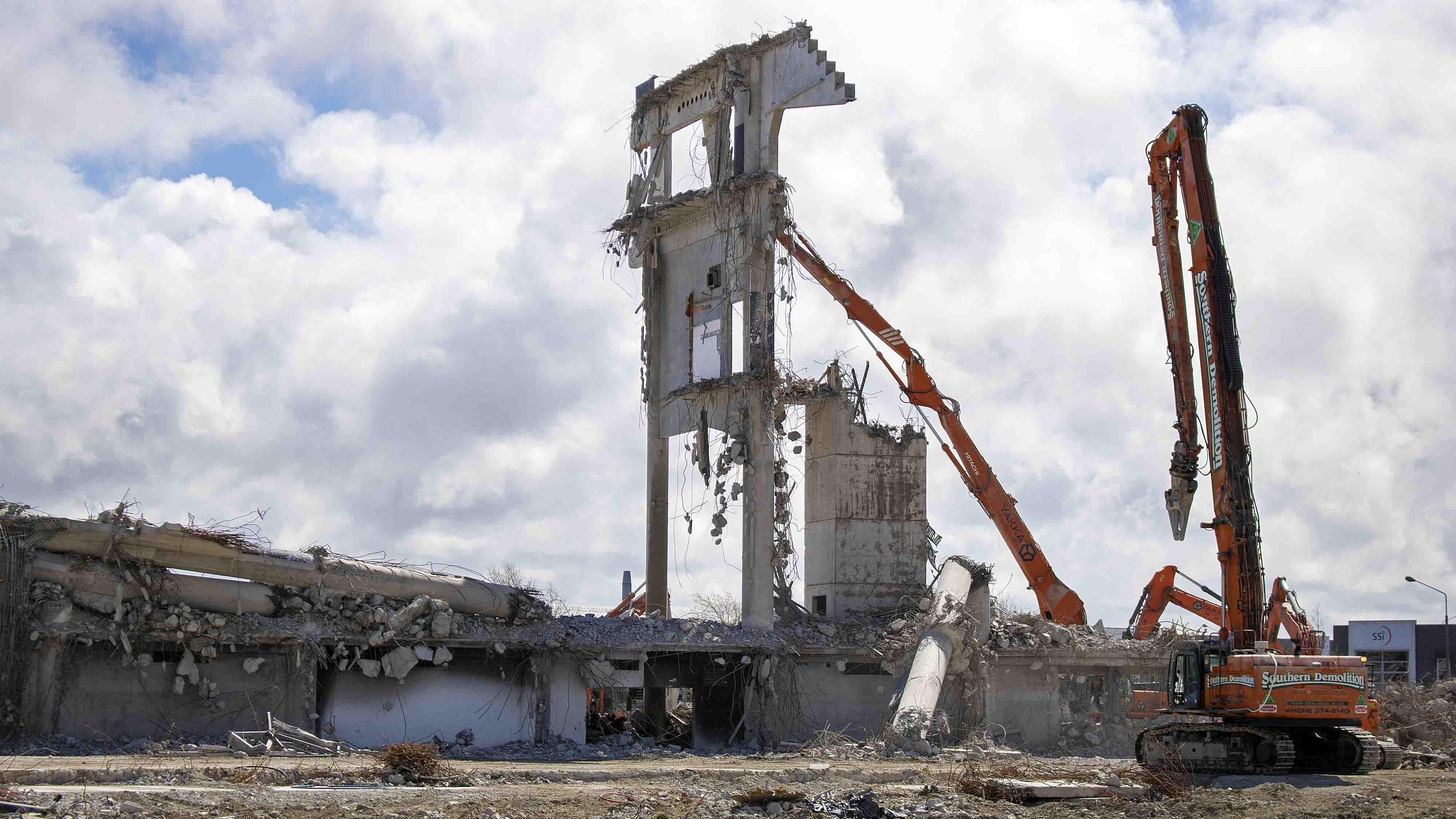 Christchurch City Council had budgeted $12 million for deconstructing the earthquake damaged stadium, but a final tally of the costs puts the bill for deconstruction at just over $9 million.

“By managing the demolition ourselves we have been able to make significant savings and complete the project, which is one of the biggest structural demolitions ever carried out in New Zealand, well under budget,’’ says Council Head of Parks Andrew Rutledge.

“Through managing the deconstruction we have also been able to maximise the opportunities for re-using and recycling materials. That has helped us to recover some of the costs and has ensured only a minimal amount of material from the demolished stadium has ended up going to landfill.’’

For example more than $300,000 was recovered through selling scrap metal from the stadium roof.

The old boilers from the stadium now run the hot water pools in Franz Josef.

The 32,000 seats within the stadium were either recycled or sold to sporting and community groups. They are now in use at places like the Te Puke Sports Club and the Hororata Highland Games.

Overall, more than 53 groups benefitted from items recovered from the stadium.

The team managing the deconstruction also recovered and re-homed, with the help of Canterbury Rugby, more than 100 items of memorabilia.

Just 1.88 per cent of the materials removed during the stadium’s deconstruction ended up at landfill.

The $2.9 million left over from the deconstruction of Lancaster Park Stadium will go towards preparing the site so it can be redeveloped for community, sporting and recreational use.

The site needs to be made safe and level as the demolished stadium’s foundations are still on site. The Council is planning to go out for tender for this remediation work to finish the site clean-up, and to complete the earthworks needed to enable the sports park to be built. It’s expected this work will begin in spring this year.

After the site has been levelled, a grass platform will be developed to allow the park to open for sporting and casual use. Three sports fields that can be used by winter sporting codes such as rugby and football, and by cricket in the summer, will be created.

A spatial plan released in September is being used as a guideline for this first stage of the park’s redevelopment. Funding for future development signalled in the spatial plan, such as a playground and other community facilities, will be considered as part of the Council’s Long Term Plan 2021-31.

Read the close out report on the Lancaster Park Stadium deconstruction project.