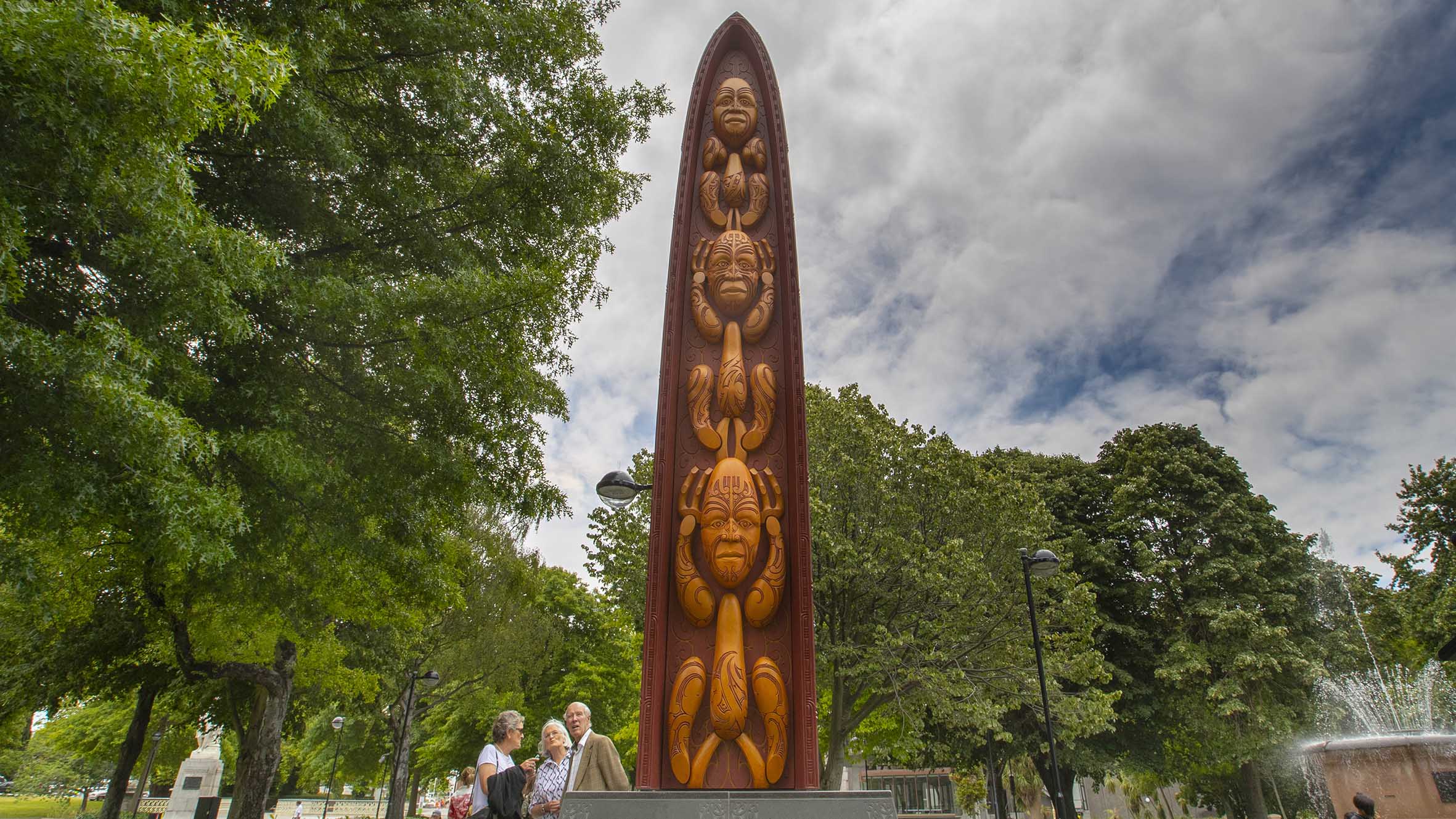 A new artwork that pays tribute to the signatories of the Treaty of Waitangi has been unveiled in Victoria Square.

Created by Ngāi Tahu master carver Fayne Robinson in conjunction with Matapopore, Mana Motuhake features two upright waka. It has been installed near the statue of Queen Victoria.

“The carved forms reflect the moko worn by signatories of the Treaty,” she says.

“This artwork portrays the mana of the signatories and supports the Treaty relationship between Ngāi Tūāhuriri/Ngāi Tahu and the Crown.

“A lot of effort has gone into restoring Victoria Square, so we’ve done all we can to ensure Mana Motuhake respects and enhances this much-loved space.”

The waka forms reference the area as an early canoe-landing site in order to trade food gathered at mahinga kai sites significant to Ngāi Tahu.

The artwork took about 2500 hours to create, using a blend of modern and traditional techniques. Lighting around the Queen Victoria Statue has also been enhanced.

Mr Bridgman says that Te Papa Ōtākaro/Avon River Precinct creates a new riverside walkway from Christchurch Hospital to Fitzgerald Avenue, and “Mana Motuhake is one of many features the people of Christchurch and visitors to our city can enjoy along the way”.

Mana Motuhake is one of the final elements of the precinct.