Way ahead on South Frame Greenway 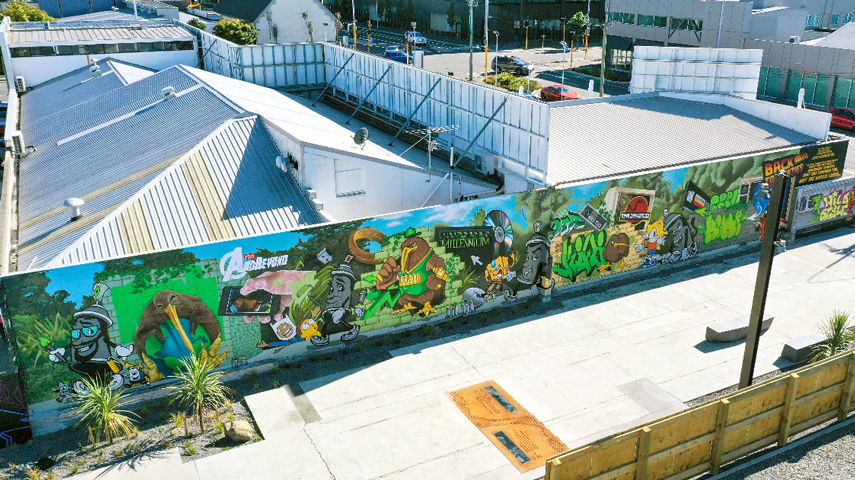 Work is under way on one of the last key sections of the shared-path South Frame Greenway in central Christchurch.

The section between Durham Street and Montreal Street is complete, with the new work around the Team Hutchinson Ford site. The greenway – a pedestrian and cycle-friendly shared path – will connect the One Central homes and SALT District in the east to the health and Avon River precincts in the west.

“These new sections will help make the greenway a cycling and walking thoroughfare through the southern side of the CBD,” Ōtākaro Limited Chief Executive John Bridgman says.

The new section of laneway to the west of Durham Street also features a 40-metre mural by Oi YOU! and the DTR Crew.

It pays homage to graffiti art and the evolution that has given birth to street art.

Once the area through the Team Hutchinson Ford site is complete about May next year, people can use the greenway to get from Manchester Street to Montreal Street, staying away from traffic in Tuam Street and St Asaph Street.

“The layout of the lanes here is similar to that surrounding the popular Little High Eatery, creating the opportunity for similar sorts of development.

“We will have added about 15,000 new plants and trees to the central city through the creation of the South Frame.”