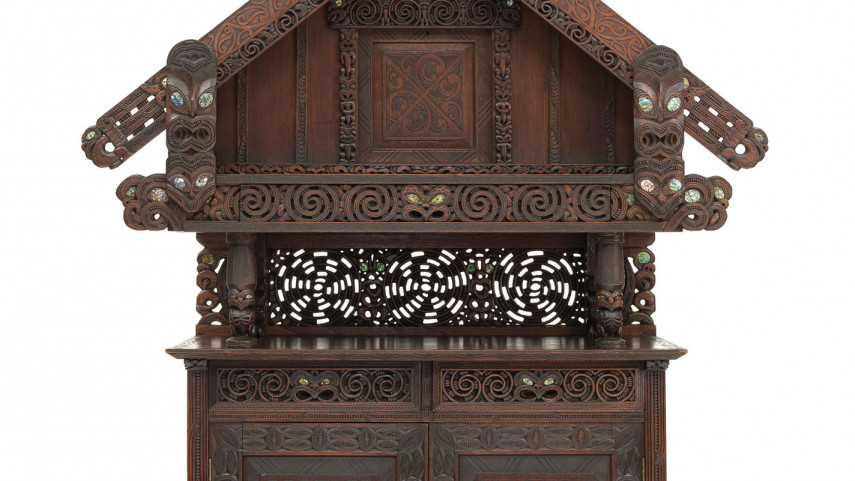 An outstanding piece of colonial furniture has been bought by Akaroa Museum and the Christchurch Art Gallery Te Puna o Waiwhetū.

Known as the Stanford Family Pātaka Cabinet, it was made by a Pākehā carver, John Henry Menzies (1839-1919), in 1897 for his daughter, Charlotte, on her marriage to Edwin Stanford.

Laden with carving, the cabinet, which has been repatriated from Australia, incorporates a pātaka (Māori storehouse) form, unique in New Zealand furniture.

Akaroa Museum Director Lynda Wallace says that to “have repatriated such a significant piece of furniture is a coup for the gallery, the museum and, by extension, for the country”.

Friends of Akaroa Museum (FOAM) has also helped with the acquisition.

“We have returned an item of immense importance to the place where it was made and we are thrilled that it has come home,” FOAM President David Miller says. 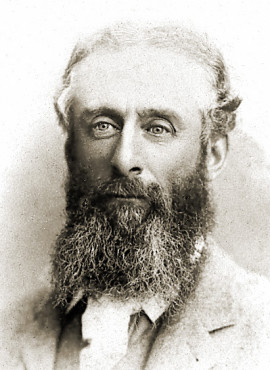 J. H. Menzies was both a Banks Peninsula farmer and a designer and decorator of buildings and furniture.

Self-taught, he is known for his deep interest in Māori art and architecture, appropriating Māori figures and patterns into his decoration.

“The upper pātaka cabinet had its backboards partially stoved in, apparently as a result of toppling backwards during the Cheviot earthquake in 1951,” Dr Cottrell says.

“The crushed backboards were removed and knitted back together with new kauri set in where fragments had been lost and parts of the broken glass screen framing were recreated,” he says.

Four feet carved with tiki were also missing. An early 20th century photograph of the cabinet showed the feet intact.

Akaroa Museum Collections Manager Daniel Smith located one of the surviving carved feet owned by a descendant of Menzies, who donated the section to the museum and gallery.

Dr Cottrell has used the foot as a pattern to recreate the three missing ones.

“What makes this particular cabinet so important is Menzies' extraordinary use of only Māori motifs on such a complex and dominating object intended for a domestic setting,” Dr Cottrell says.

“The use of Māori motifs in colonial furniture is surprisingly rare.”

The extent of Menzies’ work, and its depth, is only now being realised. Few examples of his carved furniture are in public collections.

Most of the surviving 80 pieces remain in family ownership.

Menzies also built and decorated two homesteads in Menzies Bay, Banks Peninsula. However, both were destroyed by fire.

A third house, Rehutai, survives but is no longer lived in.

Menzies was also responsible for St Luke’s Church in Little Akaloa. Both structures are Category One heritage buildings.

The exhibition opens on 7 December 2019 and runs through the summer until March 2020.

In April 2020, it will go on display at the Christchurch Art Gallery. 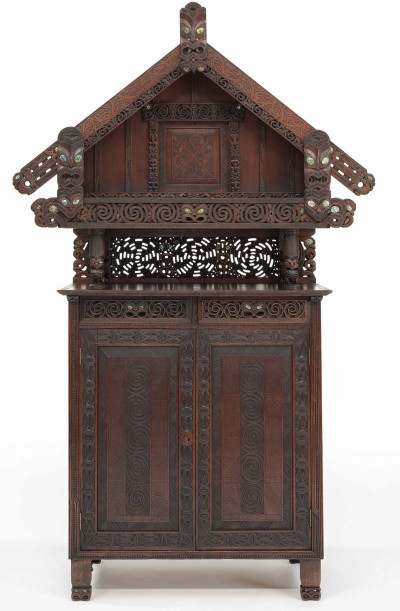 The cabinet will be on display at Akaroa Museum.