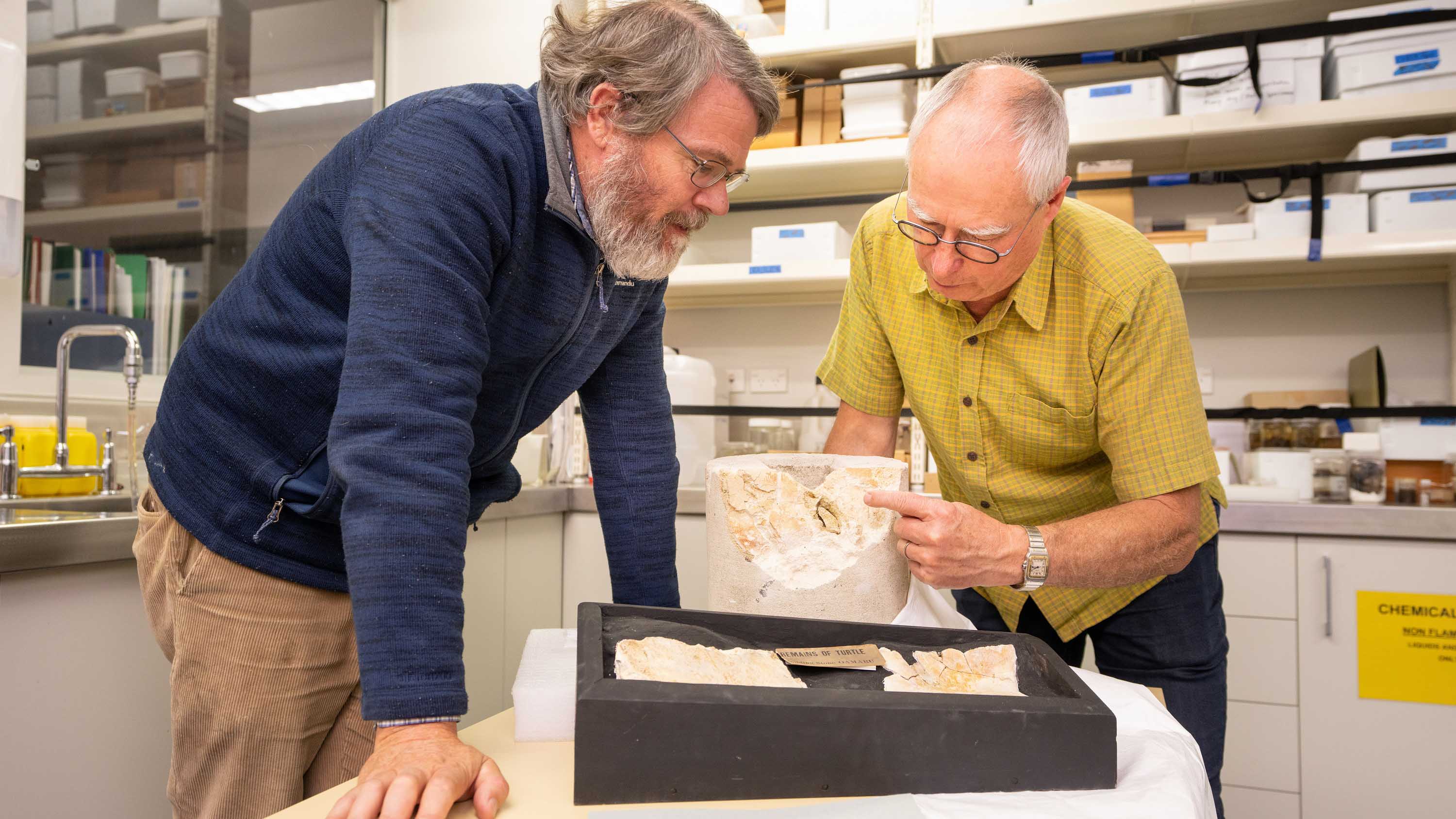 An ancient turtle fossil discovered in a church pillar in Christchurch may have lived up to 35 million years ago.

Christchurch sculptor Paul Deans found the fossil embedded in the limestone core of a pillar from the demolished Oxford Terrace Baptist Church, erected between 1881 and 1882.

Several sections of the extracted cores given to Deans are destined for artworks.

After finding the fossil, Deans brought the limestone find to Canterbury Museum for identification.

“It’s amazing that this new fossil was sitting inside a pillar for 130 years,” he says. “It could have been lost forever, so we’re very grateful to Paul Deans for spotting it, bringing it in and donating it to the museum.”

Dr Scofield also notes a connection to another specimen in the museum collection.

After comparing the fossils, Dr Scofield believes that it is likely they are from the same quarry, and may be different parts of the same animal. Both fossils include plastron (the bottom half of a turtle’s shell) and various bones.

“Turtle fossils are really rare in New Zealand,” he explains.

“No similar turtle fossils have been found in Oamaru in more than 150 years of quarrying there.

“The limestone these fossils are embedded in is very similar, which, combined with the fact that they were both extracted around 1880, makes me think they’re probably the same animal.”

However, he says that the museum will need to do more research.

The turtle fossils are not currently on display.