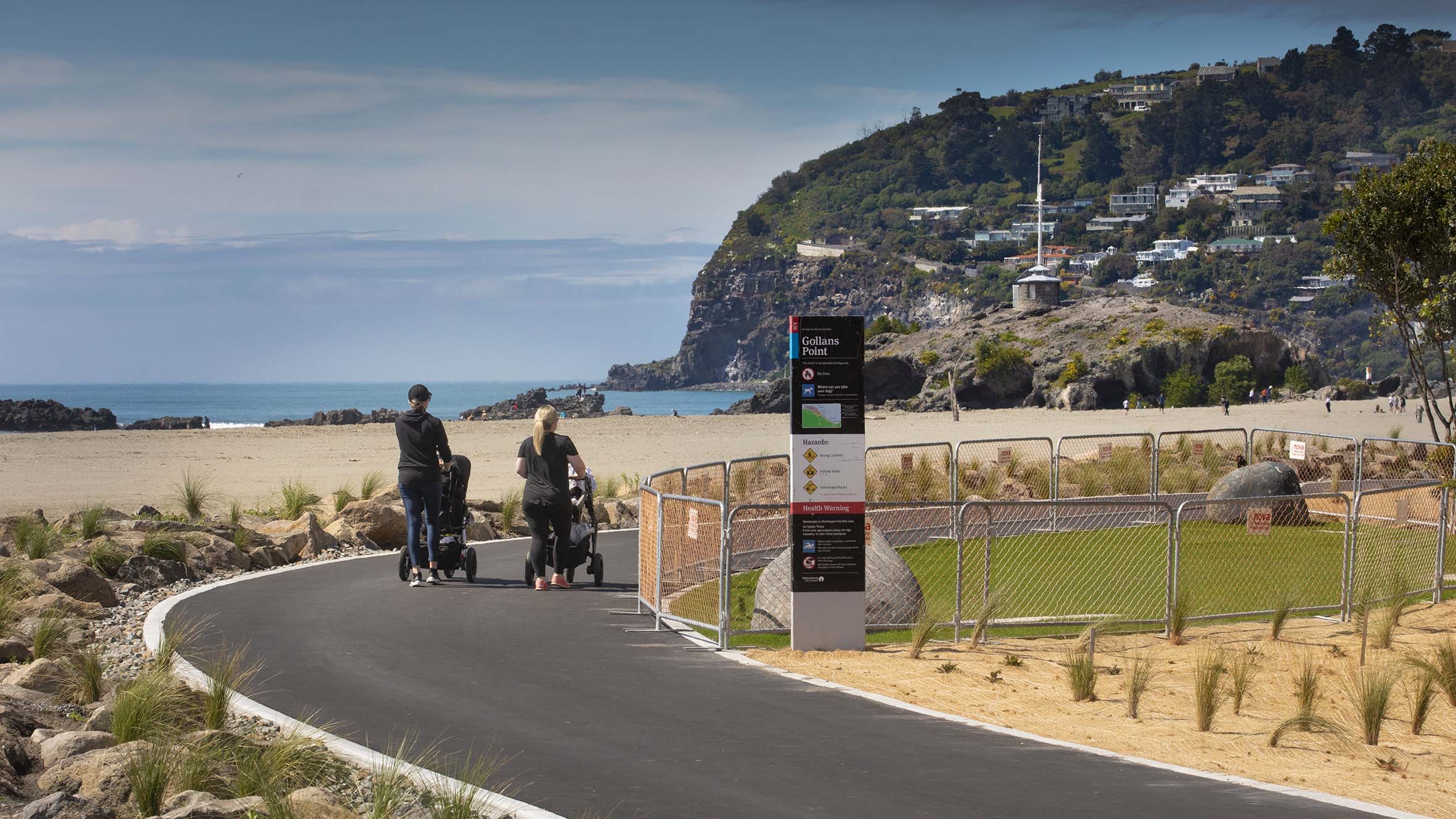 Christchurch is 780 metres closer to having a Coastal Pathway that stretches all the way from Ferrymead Bridge through to Scarborough.

After a 12-month construction project, contractors Fulton Hogan have finished work on the Shag Rock to Sumner Surf Life Saving Club section of the Coastal Pathway.

A key component of the $6 million project was construction of a new rockwall that will help protect the main road into Sumner from storm surges.

“With the weather warming up and summer on its way, we are delighted to be able to open this new section of the Coastal Pathway,’’ says Christchurch City Council Transport Planning and Delivery Manager Lynette Ellis.

“It means we are one step closer to achieving the Christchurch Coastal Pathway Group’s vision of having a coastal pathway that connects Christchurch’s south-eastern suburbs and celebrates our beautiful coastline.’’

Work on the Coastal Pathway started in 2003. It is now more than two-thirds complete, with only the section between Redcliffs and Shag Rock still to be constructed.

Constructing the Shag Rock to Sumner Surf Lifesaving Club section of the pathway involved building a new coastal protection rock wall, with a four-metre wide asphalt shared path on top of it, between Shag Rock and the Clifton Bay carpark.

From the Clifton Bay carpark, the shared path transitions to a timber boardwalk that runs along the edge of the beach and connects to the Memorial Walkway.

Access to the beach from the path is available via four sets of stone-faced steps and three sets of timber steps.

As part of the project, landscaping and native planting have been added along the pathway, which has enhanced the habitat for southern grass skinks. Nesting boxes have also been placed in the rock wall for white flippered penguins.

The Clifton Bay carpark has been upgraded and three heritage lights from Shag Rock Reserve have been moved to the edge of the shared path.

There is also new seating and cycle stands, thanks to funding from the Christchurch Coastal Pathway Group and individual donors.