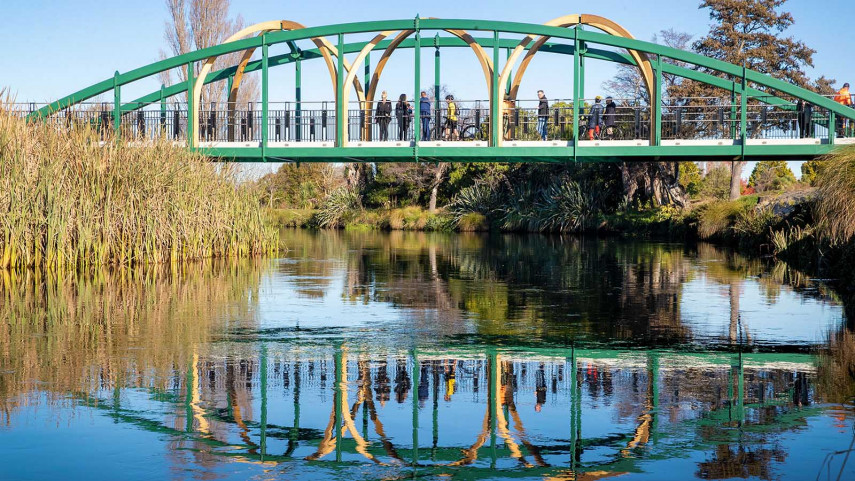 The final pedestrian bridge along the Ōtākaro Avon River Corridor is complete.

“It’s great to have all three bridges open for the public to use. They’re also going to play a key role in the future City to Sea pathway which will run from the city to New Brighton,” Christchurch City Council Head of Parks Andrew Rutledge says.

“They’re also important for the cross river connection they provide local communities and the many users of the river corridor.”

It is the last of three pedestrian footbridge to be built in the Regeneration Area funded by a $13.7 million grant from the Christchurch Earthquake Appeal Trust.

The riverside Dallington Landing was also built as part of this package.

The Avondale footbridge and Dallington Landing opened in March, while the Medway Street footbridge opened earlier this month.

“It’s great to see the Trust’s funding already being put to such great use and these bridges come to life after a lot of valuable input from the community,” Mr Rutledge says.

“All of these infrastructure projects play a big part in realising the vision and objectives for the Regeneration Area and there’s lots of other work underway in the 602ha area which is exciting to see.”