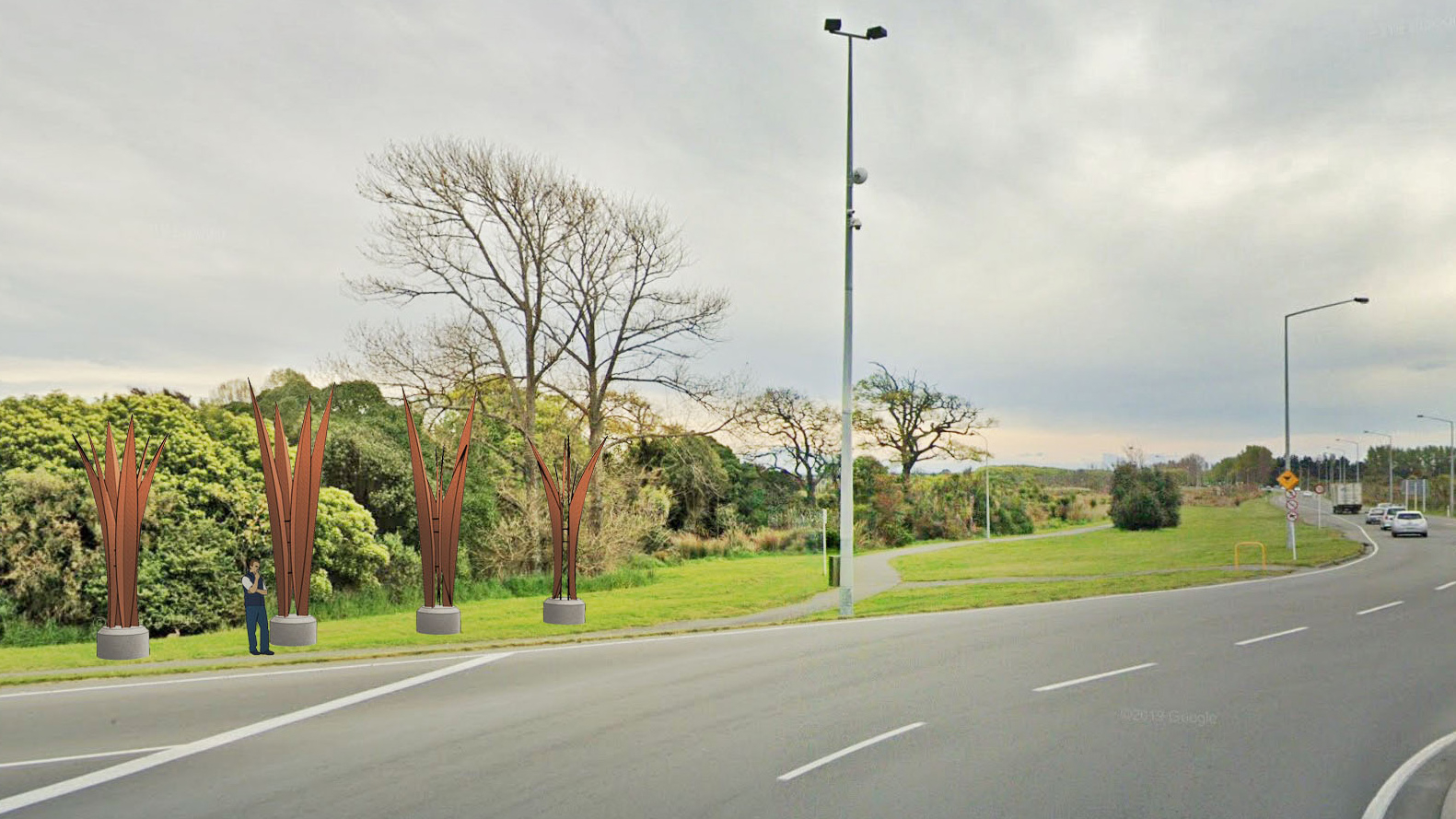 Familiar fronds will be rearranged in a new Anzac setting, complementing a nearby poppies artwork.

Recently repurposed to honour the Anzac story, the new-look fronds at the Anzac Drive-New Brighton Road intersection will align with the Poppies over Gallipoli sculpture on the corner of Anzac Drive and Travis Road.

The Anzac Fronds – originally installed on Anzac Bridge – will sit on a reserve on a corner of the roundabout after being organised into new forms.

The four, freestanding frond stands – featuring the fronds originally in place on the bridge light poles – are expected to be installed in their concrete bases by the end of June.

The fronds – made of pre-weathered steel – have been in storage for several years.

In a precautionary step, workers removed the original long art pieces from the bridge following the 2010-11 earthquakes.

“To many, the fronds symbolise Aotearoa New Zealand and subtly remind us to engage with our past,” he says.

“In their new home, a few hundred metres from the original site on the Anzac bridge, the fronds also magnificently capture the natural environment that now surrounds them.”