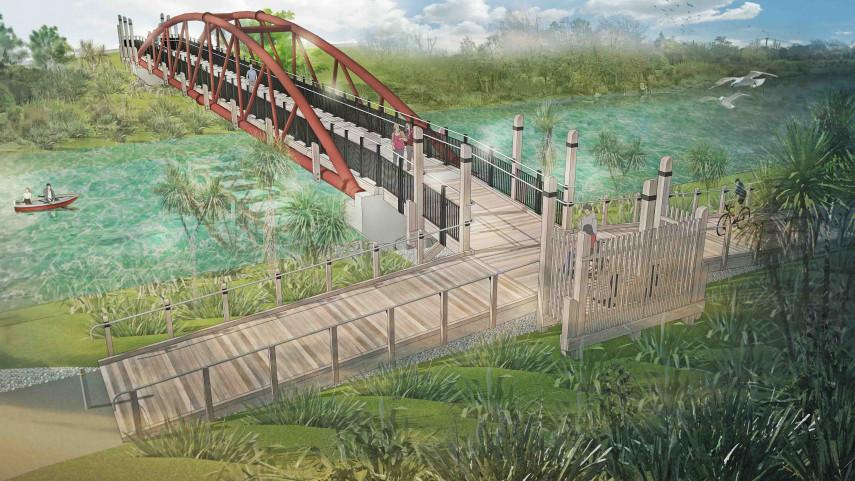 There mightn’t be much activity on the sites yet, but work on the three new pedestrian bridges in the Ōtākaro Avon River Corridor is progressing at pace behind the scenes.

The three bridges at Snell Pl, Medway St and Avondale, and a new riverside landing at Dallington, have been funded by a $13.7 million grant from the Christchurch Earthquake Appeal Trust.

Shop drawings – detailed diagrams and dimensions of each bridge component that are required before manufacture of the steel bridges can start – have been completed, and the design of temporary works and the relocation of services is under way.

Steel sections of two bridges are at a steel-bending workshop in Australia and are expected to arrive in New Zealand in June; off-site fabrication of the bridges can then begin.

“The ground investigations and inspections of each site have been completed, and the contractor has confirmed they will begin on-site works in July, which is approximately two months ahead of schedule,” Mr Rutledge says.

“At this stage we’re expecting abutment piling to begin at Avondale by late July, and in September for Snell Place and Medway Street.”

The Medway Street and Snell Place Bridges reinstate a pedestrian/cycle connection across the Ōtākaro Avon River, which has been missing since the earthquakes.

The Avondale Bridge is a new bridge that will provide a connection to the future Eastern Reach wetland restoration area.

All three bridges will be single-span, made from steel truss, with concrete decks and sliding, jackable abutments to mitigate lateral spread. Construction is expected to be completed in early 2022.

Tender documents for the development of the Dallington riverside landing are expected to be published on GETS this week.