Avondale Bridge opens to the public 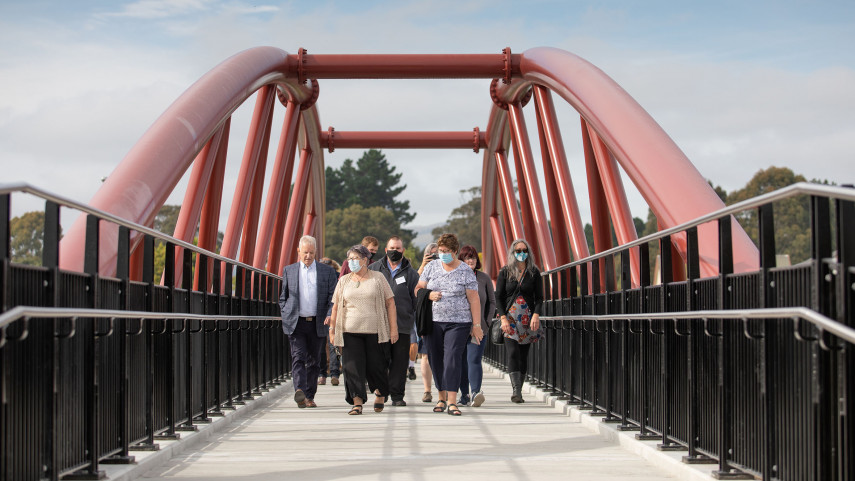 The first of three new pedestrian bridges in the Ōtākaro Avon River Corridor has officially opened to the public today.

The Avondale bridge crosses the river from the end of Briarmont Street to the regeneration area adjacent to New Brighton Road.

“It’s an exciting time for the Ōtākaro Avon River Corridor, with a lot of work under way to fulfil the vision and objectives of the Regeneration Plan for the area,” says Mr Rutledge.

“This is the first of three new footbridges currently being built in the 602-hectare regeneration area, to provide valuable cross-river connections for neighbouring communities and users of the Regeneration Area,” says Mr Rutledge.

“These bridges will also plan an integral role in the future City to Sea Pathway that will follow the river from Barbadoes St to New Brighton.”

The three bridges at Avondale, Medway Street and Snell Place and a new riverside landing at Dallington were funded by a $13.7 million grant from the Christchurch Earthquakes Appeal Trust.

“We’re grateful to the Christchurch Earthquake Appeal Trust for the funding they provided to bring these bridges and the landing to life,” says Mr Rutledge.

The Dallington Landing will officially open to the public on Saturday 12 March, followed by the Medway Street and Snell Place footbridges in April.