Awards for city that secures places in history 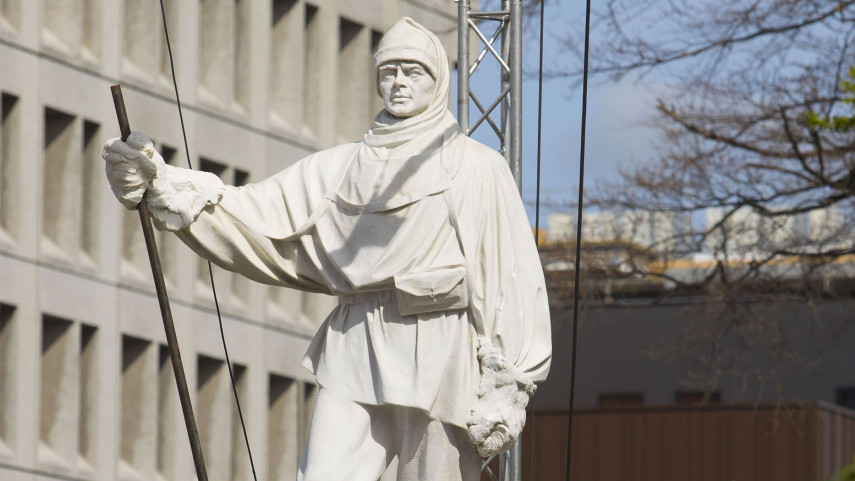 A statue of Robert Falcon Scott has secured seismic honours at the Canterbury Heritage Awards.

The Christchurch City Council project has been recognised for the unique approach to earthquake strengthening that has saved the statue of the polar explorer.

The statue was toppled from its Oxford Terrace plinth by the 22 February, 2011, earthquake, breaking when it hit the ground. The Heritage Award-winning Scott statue in the central city.

The Seismic Award citation acknowledges the use of “internationally leading and innovative engineering techniques” to conserve, repair and seismically strengthen the structure.

It recognises the “international importance” of the statue, adding that it “would likely have been lost” without the Council project’s care and attention.

“Our heritage is central to our identity,” Mr Moses says. “By preserving our past, we celebrate the early architects, designers and artisans who have helped craft our city.

“Both the homestead and the gatehouse in Mona Vale are treasured buildings sited in a showcase garden, while the Sign of the Takahe and the Sign of the Kiwi are historic ‘rest houses’ built for those walking in the scenic Port Hills.

“The Heritage Awards acknowledge the Council’s dedication to saving our special places and unique statues, along with the innovative means employed to preserve these precious structures amid large-scale devastation.”