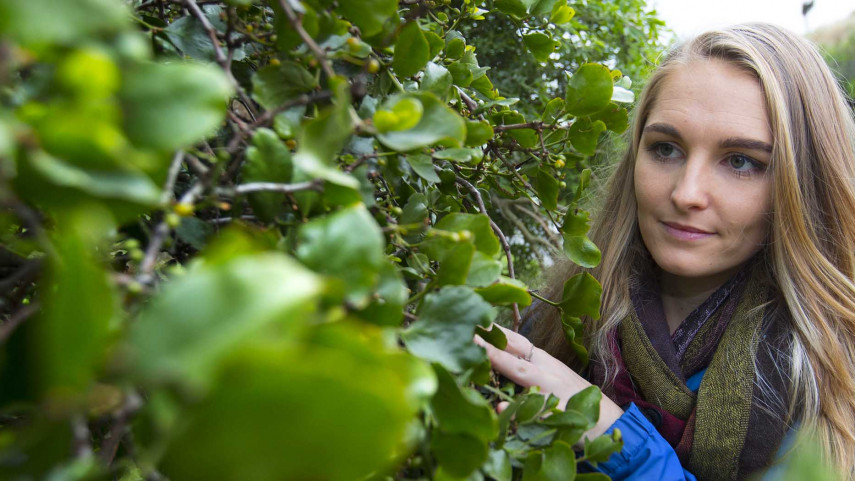 Christchurch, we’ve got a radical DIY garden project for you this weekend and we need your help!

It’s called the Backyard Mistletoe project – an ambitious little plan that aims to blanket the city’s backyards with stunning native green mistletoe once common in the city but now only found on Banks Peninsula.

If it succeeds, the city could become a haven for native bellbirds as they come down to feed on the stunning yellow mistletoe berries.

Led by Christchurch City Council graduate ecologist Kristina Macdonald, the unique campaign needs as many nature –loving Cantabrians as possible to get on board this weekend and sow some mistletoe seeds in their backyard.

The seeds, harvested by Council staff around Banks Peninsula today, will be bagged up and kept at the Botanic Gardens Visitor Centre. The project relies on Christchurch gardeners to collect one of those bags, and a set of easy “how to” instructions, this Friday or Saturday and sow the seeds in their own garden before Sunday night.

“This is an amazing opportunity to be involved in a cool project that will shape the future of the city. Over the last two years, we’ve been part of research with the University of Canterbury, collecting mistletoe seeds from the Port Hills and sowing them in the Botanic Gardens. So far it’s been a success and it’s great being able to work on an interesting aspect of our vegetation that has been largely missing from the city.

“If we can get home gardeners right across Christchurch doing the same thing, we’ll have a chance of really influencing the development of the city’s biodiversity. The mistletoe are a favourite food of the bellbird and we have a vision for a city brimming with bird song and gorgeous yellow mistletoe fruit.”
Council staff will keep tabs on the mistletoe project through a series of quick online surveys with the gardeners who sowed the seed.

“If we can get these seeds taking hold around the city, we’ll be creating a sanctuary for birds like the bellbird and the silvereye. The appearance of four little green leaves when next winter arrives will be the first sign of success, and then hopefully the bellbird’s clocking for many years to come.”

New Zealand has nine mistletoe species, with several under threat and one already extinct. The green mistletoe was once abundant in Christchurch, but has been in decline due to pests and bush clearance.

Register for the Backyard Mistletoe Project

Find out more on the Backyard Mistletoe Project.