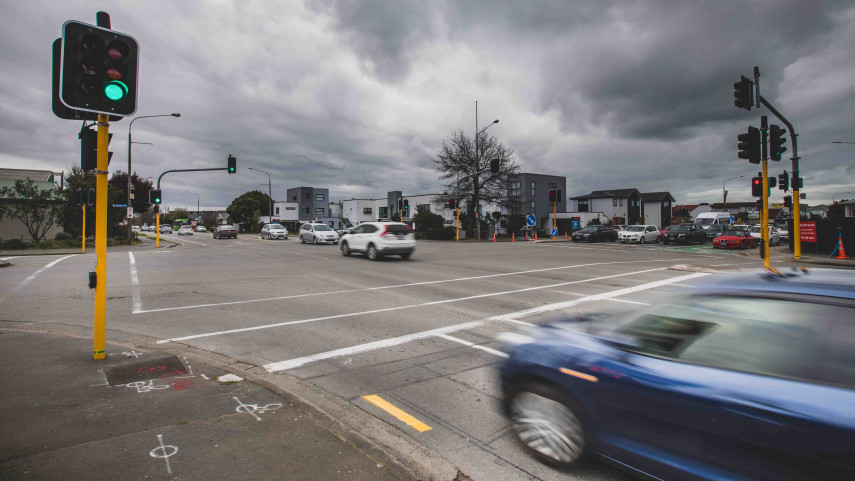 People travelling in the Addington area can expect some disruption in the coming weeks as contracting crews begin upgrading a major intersection.

They are going to be installing a raised safety platform at the busy intersection of Lincoln Road, Barrington Street and Whiteleigh Avenue to encourage people to travel through it at safer speeds.

“This intersection is used by about 50,000 vehicles a day and by many pedestrians and cyclists,’’ says Christchurch City Council Head of Transport Lynette Ellis.

“Whether people are travelling through this intersection by car, on foot, by bike or on a bus, we want them to be able to do so safely so we are installing a raised safety platform.

“Raised safety platforms are a treatment that is increasingly being used across New Zealand to improve safety through intersections and crossings by encouraging safer speeds but this is the first time we’ve installed one at a major Christchurch intersection,’’ Ms Ellis says.

The intersection upgrade will take about two months to complete and is part of a bigger project of work the Council is doing to install peak-hour bus lanes on Lincoln Road to improve the reliability of bus services to and from the fast-growing south-west of Christchurch.

“We know that road works are disruptive, particularly for local businesses, so we have our contractors working on several projects, day and night, so that we can get out of peoples’ way sooner,’’ Ms Ellis says.

“Because of the high volume of traffic that use the Lincoln Road, Barrington Street, Whiteleigh Avenue intersection, we are going to upgrade the intersection in three stages, beginning on Monday 22 August.

“Our contractor will start by doing some low impact work, but from 29 August we will need to put lane reductions in place so that they can safely complete relocating the underground services and building the new kerbs and footpaths.

“At the end of September we will need to fully close the intersection for three days so that the raised safety platform can be installed and the intersection approaches resurfaced. We will provide more details about this closure and the detours that will be in place closer to the time,’’ Ms Ellis says.

During the day, Lincoln Road will re-open to two-way traffic.

“If you are going to be travelling on Lincoln Road or in the Addington area over the next couple of months please be aware that you might encounter road works and factor a little extra journey time into your day,’’ Ms Ellis says.