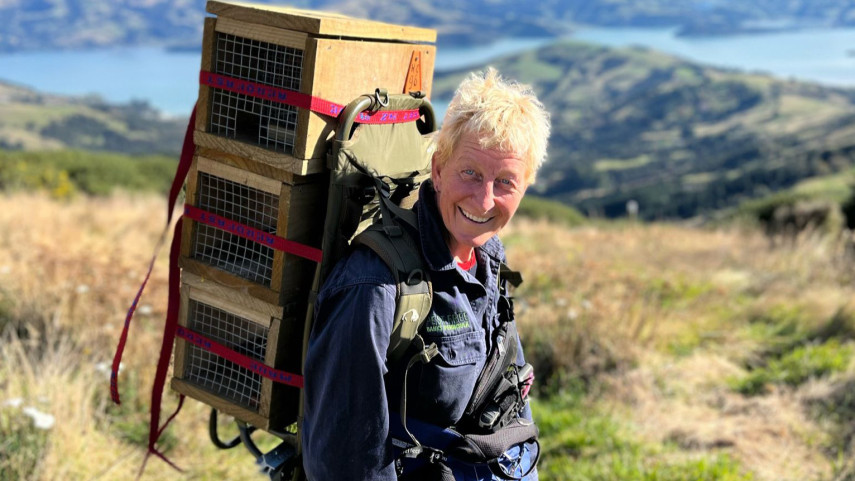 A major possum control programme is about to begin over large areas of Banks Peninsula / Te Pātaka o Rākaihautū where it’s estimated there could be between 120,000 and 150,000 of the pests.

The initial three-year programme is being managed and delivered by Pest Free Banks Peninsula (PFBP) with a mix of central, regional and local government funding and supports the Government’s Predator Free 2050 initiative.

While most of the work is on private land there are also areas of public land, including Christchurch City Council reserves where control work will be taking place.

“We have engaged with PFBP to grant the necessary permissions and involved our waterways team and approval from the Health Protection Officer/HSNO Officer from Te Whatu Ora Health New Zealand to ensure we are fully compliant.  It will include community notification and signage,” Head Ranger for Banks Peninsula/Port Hills Regional Parks Paul Devlin says.

A mixture of methods will be used with bait stations the main tool in conjunction with traps. The traps are employed to capture possums that might shy away from bait stations. Conservation dogs will be used to find any stragglers.

Bait stations will be placed away from non-target species like pets and stock and used in accordance with best practice to ensure the health and safety of the community, says Senior Team Leader at PFBP Tim Sjoberg.

He says the damage that possums cause to biodiversity and to productive farmland is immense.

“This is the first big push aimed at removing possums completely from Banks Peninsula so we’re very excited. We’re covering 23,000 hectares between now and 2025 so there’s a large amount of people power involved. At the moment we have nine people employed and we’re looking to expand that to 13,” says Mr Sjoberg.

“This initiative is by and for the community so our staff are largely local. The partnerships we have with various organisations and groups also help bring in valuable expertise to guide us towards that elimination target.”

The work begins at Ōnuku on 7 November and will move in blocks southeast towards Akaroa Head and Pohatu, then up and along to Okains Bay.