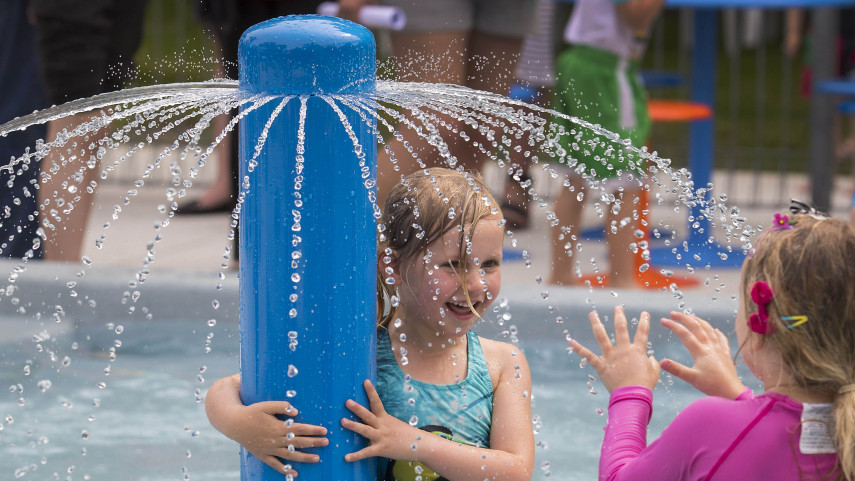 Big smiles and lots of giggles marked the official opening of the new Avebury Park paddling pool on Wednesday afternoon.

Contractors, Ian Coombes Limited, have spent eight months rebuilding the pool in Richmond, which was closed after it was badly damaged in the February 2011 earthquake.

“From the beginning, this community have worked extremely hard to ensure this facility would be back up and running as soon as possible. This pool was sorely missed as a place to gather, not to mention the benefits it provided allowing children to experience swimming and water play. We’re delighted to see the kids back in here splashing around today,” Mr Moses said.

“The Council responded to the community’s desire to get the pool reinstated after the local playgroup made a submission via the Council’s Long Term Plan.

“As you can see, the new pool has new concrete surrounds, a water feature, seating areas, and access ramp and importantly on sunny days like today, a large shade sail. The original plant room and existing fencing were reused in the rebuild. We’re thrilled that we will once again give local families a place to gather during the summer months, and what’s more fitting is that we are opening on the hottest day of the summer so far!”

Find out more on Council paddling pools and opening dates.

Christchurch's Lancaster Park back in play