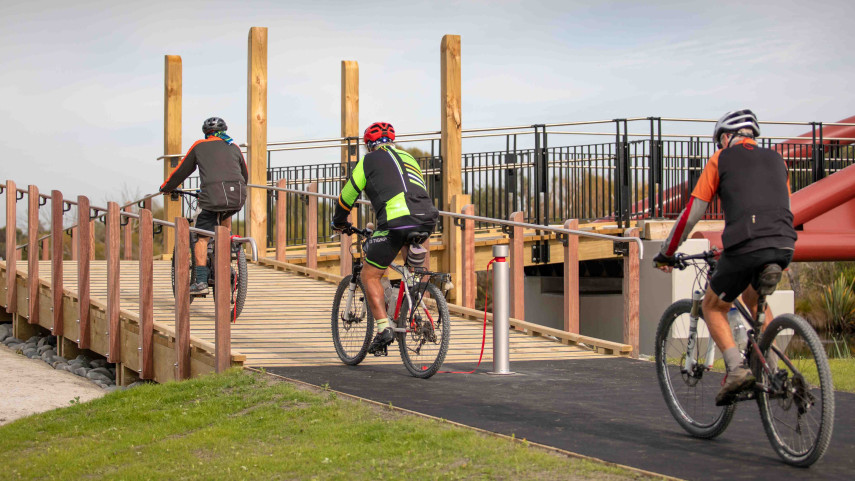 Does your bike need a bit of a spruce up? Or do you fancy a cycle to the beach? How about seeing a documentary about a mother and cargo bikes?

There’s something for everyone in the more than 50 events planned for this year’s Biketober celebrations.

The month-long festival of cycling is back from Saturday 1 October for its sixth year with a calendar full of locally-run events.

“Biketober has a huge range of events on for everyone who rides a bike for whatever reason, whether it be recreational or commuting,” Transport Operations Manager Stephen Wright says.

“It’s also a great chance to explore the city’s cycleways.”

Highlights include the Motherload documentary premiere at Lumière Cinemas on Sunday 2 October – a film showcasing a mother’s quest to understand, explain and promote the cargo bike movement.

The Bike Rave is also back for its fourth year. A bike DJ will pump music along the route to create a party vibe and people are encouraged to decorate themselves and their bikes.

“And we’ve got more than 47 local businesses and attractions signed up for the Bike Passport for you to check into and win prizes,” Biketober organiser Robert Fleming says.

The festival is hosted by local cycle advocacy and volunteer group Spokes Canterbury.

Other events planned for Biketober include:

Make your own wooden bike trailer Make a versatile wooden-framed bike trailer (or kayak trailer). This workshop will focus on a wooden frame design which is very low cost and results in a strong, light-weight trailer.

Biketober Family Passport The Family Passport is a mini version of the month long Passport Competition. The whole family can enjoy an independent and leisurely ride to interesting places and attractions in the central city.

Go by bike coffee and snack Stop off on your way to work or study for a free coffee and $2 snack. Mingle with other commuters and Major Cycleways staff from the Christchurch City Council who will answer your queries about the newest and upcoming city cycleways.

Puncture repair workshops Come and learn about and practice repairing a puncture on your own bike! The workshop will cover repairing an inner tube (not tubeless) tyre and is running on Saturday 1 October and Saturday and 8 October.