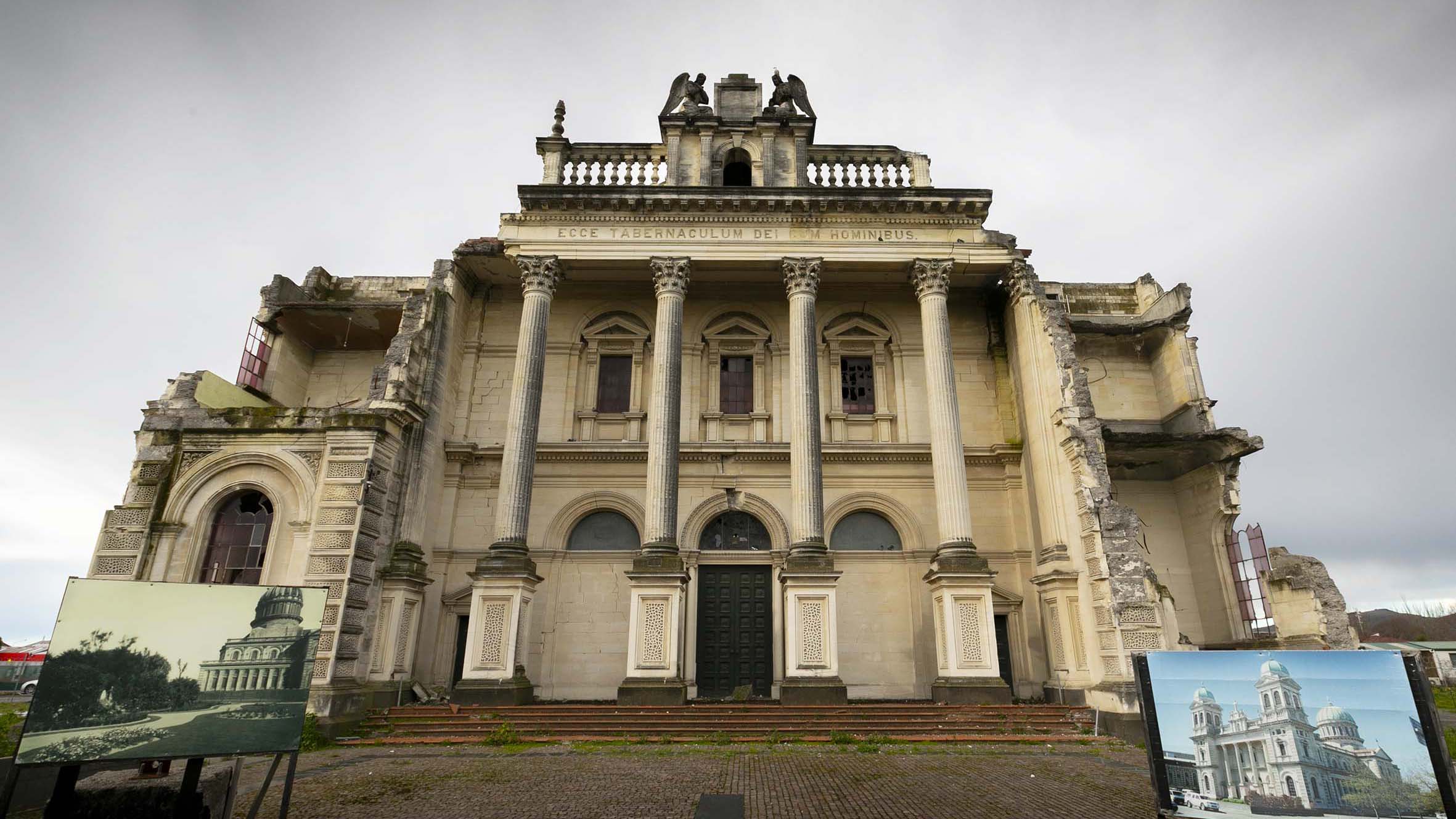 The Catholic Bishop of Christchurch, Paul Martin, has announced plans to deconstruct the earthquake-damaged Cathedral of the Blessed Sacrament in Barbadoes Street. About the Cathedral of the Blessed Sacrament

The decision follows years of detailed investigation into options for saving the historic building, which was blessed and opened in 1905.

“It is nearly nine years since the first earthquake and during that time we have spent millions of dollars investigating the site and the building and looking at more than 20 different options for what could be achieved, but ultimately we were unable to find a functional and financial solution,’’ Bishop Martin said.

“I am very conscious that the Cathedral holds wonderful memories for so many and played an important part in the life of generations of Catholics in Canterbury, but this decision allows the diocese to look at alternate locations that will make the Cathedral more accessible, more suitable and more appropriate as a place of worship. It will be a ‘living building’ to serve our community.

“Throughout the process, we have consulted widely with experts both in New Zealand and overseas and I have also been guided by my own advisory groups, including the College of Consultors, the Diocesan Management and Finance Board and Diocesan staff,” he said.

At the centre of the decision was the Cathedral’s inability to pass a 12-point test as set out in the Section 38 notice that was issued in 2015 by the Canterbury Earthquake Recovery Authority.

Section 38 allowed for the deconstruction of the Cathedral, in the quest to see if the nave and other parts could be saved. Section 38 also gave the Diocese the power to demolish the building entirely if it was found that it could not pass the 12-point test outlined in the application.

“The late bishop, Barry Jones, undertook this application in the hope that he might be able to save the nave of the church, and then build more modest bell towers and a new sanctuary. But even this design could not pass the 12-point test because it compromised too much on functionality as well as being expensive.

“Just saving the nave and rebuilding on a modest scale was estimated to cost in excess of $91 million, while to fully restore, it is estimated that it would cost $149 million. And the big worry is that with restoration-type work these costs can escalate quickly,” he said.

Bishop Jones set aside $30 million for the cathedral from the diocese’s insurance payout to ensure that money was also available to go towards fixing other damaged buildings throughout the diocese.

Bishop Martin said that no timetable has been set for demolition to start but he was keen to work with engineers and safety experts to see if an event could be held on the cathedral grounds for parishioners to say farewell.

The quake-damaged Cathedral of the Blessed Sacrament is going to be deconstructed.