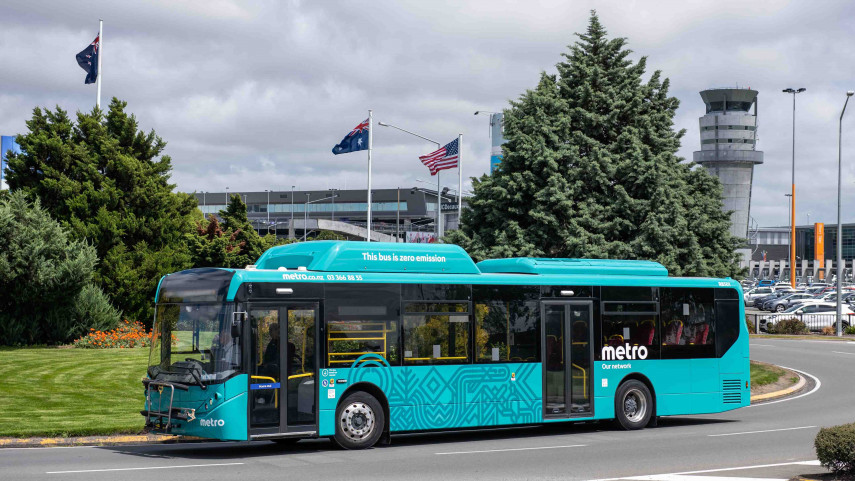 New bus stops, shelters, seats and paving will be installed along route 28 after the Banks Peninsula Community Board gave approval for the upgrades.

The improvements support changes to the 17 and 28 bus routes which will allow people to travel the full distance between Lyttelton Port (and Rāpaki) and Christchurch International Airport.

Environment Canterbury, which runs the public transport service in Christchurch, approved the changes in April, along with increased frequency along the new port to port routes.

Buses will run every 15 minutes on weekdays until 6pm and every 20 minutes on Saturdays, once the changes are implemented in 2023.

“With the improved journey times and reliability expected of the new port to port routes we anticipate there will be an increase in people using these services,” says Council Transport Operations Manager Stephen Wright.

“Providing better shelters and seats along with paved areas for passengers getting on and off will help to improve the experience for commuters, further enhancing the option of taking the bus.”

Mr Wright says the improvements should be completed within 12 months, depending on contractor availability.

Existing bus stops will be upgraded in Cass Bay and Corsair Bay along with Brittan Terrace, Dublin Street, Winchester Street and Norwich Quay in Lyttelton.

The Norwich Quay stop will be relocated further east and two new stops will be installed in Cass Bay along with one on Park Terrace, Lyttelton.

The existing Rāpaki extension from Lyttelton will continue as part of the port to port route, plus one additional service in the morning to support school children in the area.

A report recommending the installation of overnight bike storage lockers near the Gondola building will be considered later this year.