Call goes out for our dedicated community volunteers 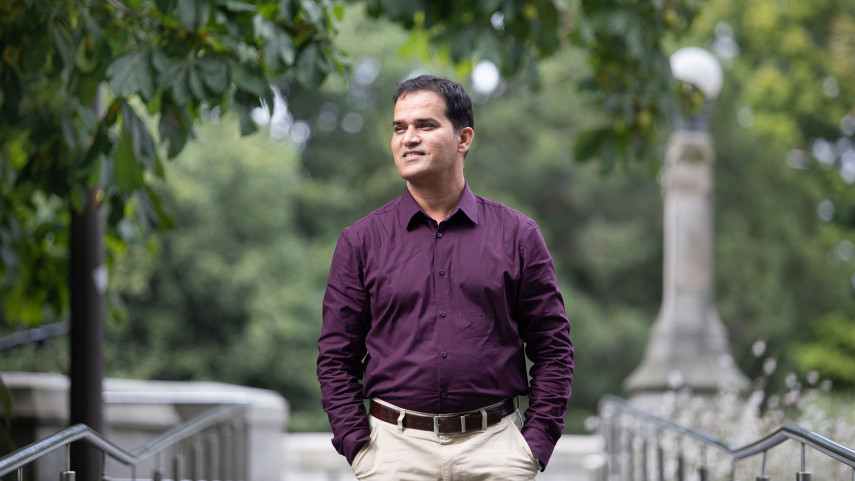 Being recognised with a Community Service Award came completely out of the blue for Manish Pandey.

The 34-year-old year old began volunteering in 2011 and although he wears many community-facing hats, he never expected any return for his work.

This year, he is helping to promote the awards, which open for nominations on Friday, 11 March.

Mr Pandey came to New Zealand from India in 2008 as a student to pursue a career in information and communication technologies and it was the Christchurch earthquakes that first sparked his involvement in the voluntary sector.

“Way back in 2010 the house I was renting was badly damaged in the earthquakes, leaving me and my friends suddenly homeless.

“When a good Samaritan - a complete stranger - invited us to stay at their home for almost a week without accepting anything in return for their generosity, I decided it was time for me to give back to my community.”

Mr Pandey joined the Riccarton Community Patrol in November 2011 and the Christchurch Multicultural Council in January 2012.

Since that time he has never looked back and is now a Justice of the Peace, White Ribbon Ambassador, Multilingual Facilitator for the Ministry of Ethnic Communities and National Coordinator for Bihar Jharkhand Sabha Australia and New Zealand.

“My father always said ‘the essence of life is to do good for communities and serve others’ so I think serving the community is in my blood.

“At the end of the day I want to see my kids growing up in a society where we value humanity and help each other without any expectation of a return," says Mr Pandey.

“I have realised that often when individuals are overwhelmed in the face of life’s big challenges, it is the community that comes to the rescue in a spirit of resilience and compassion.

“I feel satisfied whenever I do something for our community. It’s very rewarding.”