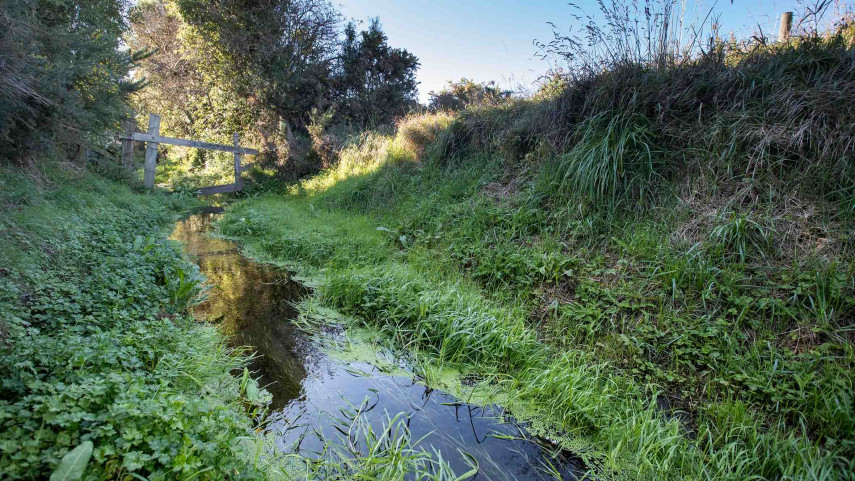 A multi-stage project to improve the ecological health of Cashmere Stream and to create new habitats for native plants and animals is getting under way.

Christchurch City Council has employed contractors to start work on enhancing Cashmere Stream downstream of Sutherlands Road. Over the next three months the contractors will re-shape the stream’s banks, place rocks and logs in the stream to create meanders and new habitats for the aquatic animals who live in the waterway, and plant the banks with natives.

It is stage one of a four stage project that will see two kilometres of Cashmere Stream, between Sutherlands Road and Dunbars Stream, near Cashmere Road, enhanced over the next few years.

It carries on the work that has been done over the past four years in the headwaters of Cashmere Stream, upstream from Sutherlands Road.

“Cashmere Stream is home to a number of threatened species, including wai kōura (freshwater crayfish) and the local community, the Cashmere Stream Care Group, Healthy Ōpāwaho, the Ōpāwaho Heathcote River Network and many others have tirelessly advocated for the restoration of the cultural and ecological health of this waterway,’’ says Christchurch City Council Acting Head of Three Waters Tim Drennan.

“A lot of work has already been undertaken over many years, such as fencing, planting, weeding and landscaping, and we’re starting to see the results of all that hard work. The next stages of the restoration work will result in a legacy we can all be proud of, and one future generations can build on, enjoy and value,’’ Mr Drennan says.

“We’re privileged to work alongside our community to create a better future for Cashmere Stream and the biodiversity it supports.  As part of this first tranche of work, we’ll be joining forces with the Cashmere Stream Care Group and other local community organisations to set up some volunteer planting days.’’

People can stay up-to-date with the work happening along Cashmere Stream by signing up to the e-newsletter at ccc.govt.nz/cashmerestream.

The enhancement of Cashmere Stream will happen alongside the development of a new 100-hectare flood storage and stormwater treatment facility being constructed between Cashmere Road and Sutherlands Road.

This facility will help reduce the risk of flooding in the Ōpāwaho Heathcote River catchment and capture and reduce sediment running into the stream.

When complete the 100 hectare Eastman Sutherlands stormwater facility will provide a network of walking and cycling paths and green spaces alongside the stream and around the wetlands. The first part of the path network is expected to open to the public in late 2022.