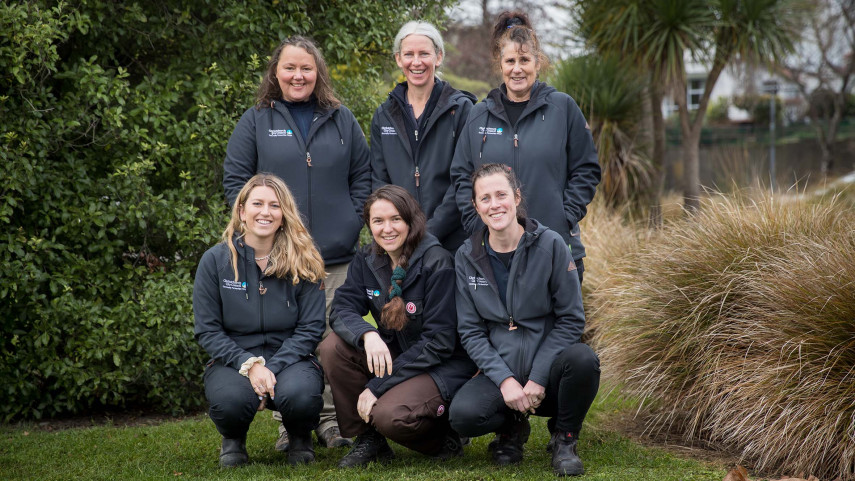 The work of a Park Ranger may not be quite what you think.

Sunday 31 July marks World Ranger Day so Christchurch City Council is celebrating the work of all of its rangers as the key protectors of parks and conservation for the organisation.

The role of a ranger has broadened over the years, as new Community Partnerships Ranger Annaliese has discovered.

“It’s very community-focussed – we work with volunteers all over the city that are doing great things to support biodiversity in the city. There’s a great sense of wellbeing and it’s definitely not a male-dominated space anymore.”

In fact, the Council’s Community Parks Ranger team is made up largely of wahine toa.

“It’s especially great for young people to see that women can do anything and everything. It’s really important to have that diversity on the ground,” she says.

And while the job does involve lots of clearing weeds, planting and putting in signs – it also involves talking to groups, working with schools and helping community shape their green spaces.

“It’s a really positive space we work in, you form great friendships and have a special kind of synergy with the community,” Annaliese says.

“Our parks are for our people so if the work isn’t community-led it’s kind of pointless.”

The team is marking World Ranger Day with a special event out at Bottle Lake Forest.

But straight after, they’ll be back on the ground and in the field making sure Ōtautahi’s parks are in great shape for residents.

If you want to volunteer at a parks event, check out our website here.