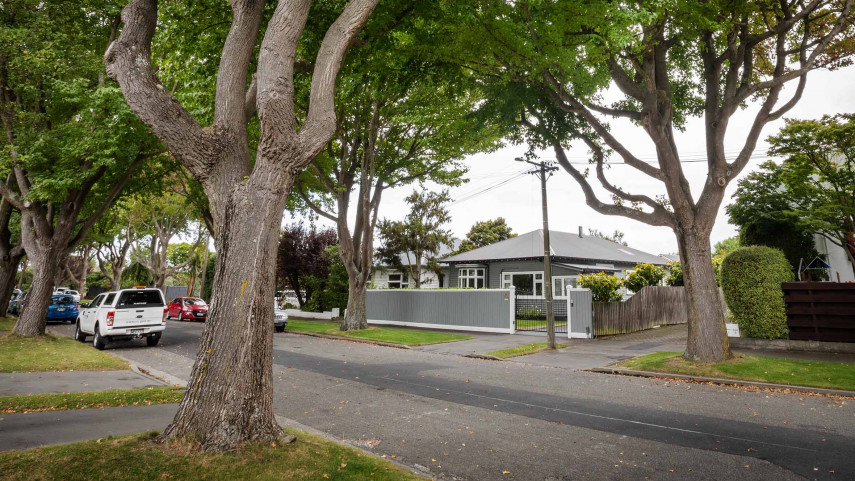 Residential areas of Christchurch with special character value are being protected from new housing intensification rules.

Christchurch City Council has begun consulting with the public on its Draft Housing and Business Choice Plan Change, which will enable medium density housing development to occur in most residential parts of the city without the need for resource consent.

The draft plan change is being driven by the need to comply with new Government direction that gives people the right to build up to three houses per section, and up to 12 metres (usually three storeys) high, without resource consent.

Residential areas can only be exempted from those rules if Councils can provide evidence that they are unsuitable for the amount of increased housing enabled by the legislation, referred to in the legislation as “Qualifying Matters”.

“We have taken the position in our Draft Housing and Business Choice Plan Change that most of the 15 Character Area overlays in the current Christchurch District Plan meet the threshold to become Qualifying Matters,’’ says Council Head of Planning and Consents John Higgins.

“We are proposing that these areas should be treated differently than other residential areas in the city, meaning the amount of intensification allowed should be reduced,’’ Mr Higgins says.

Character Areas are identified in the District Plan as areas in residential neighbourhoods that are distinctive from their wider surroundings and are considered to be worthy of retaining. They were last reviewed in 2015, on the basis that at least 80 percent of the properties in the area contributed to the character values that made it special.

Following a recent review as part of preparing for the draft plan change, two of the character area overlays in Sumner (Clifton and Esplanade Character Areas) are proposed to be removed, as they no longer meet the criteria. Seven are proposed to be reduced in size (Beckenham Loop, Cashmere and Englefield amongst others) and six to remain the same.

“Residential character is created from the way that different physical elements of our neighbourhoods come together,’’ explains Mr Higgins.

“This might include the combination of a landscape setting, such as a riverside esplanade or an avenue of trees, or with a grouping of properties with buildings of the same era, with consistent architecture and scale.

These character areas can make neighbourhoods feel quite special and we want to protect them as much as we can,’’ Mr Higgins says.

Examples of remaining character areas include Dudley in Richmond, Massey in St Albans and Tainui in Somerfield.

“We are also moving to protect Residential Heritage Areas – these are areas with buildings and features that are collectively of significance to Christchurch’s heritage and identity – through a separate Heritage Plan Change.

“We are proposing to create 11 Residential Heritage Areas, including Lyttelton. In these areas, as in the Character Areas, there will be less provision for intensification than in standard residential areas,’’ Mr Higgins says.

Mr Higgins says the Council is happy to hear from people who think there may be other heritage or character areas it needs to consider as part of the plan change.

“However, it is important that our residents know there are very specific criteria that need to be met in order for areas to be classified as heritage or character areas – or even to become any other type of Qualifying Matter.”

Learn more about the Draft Housing and Business Choice Plan Change and how you can give feedback.